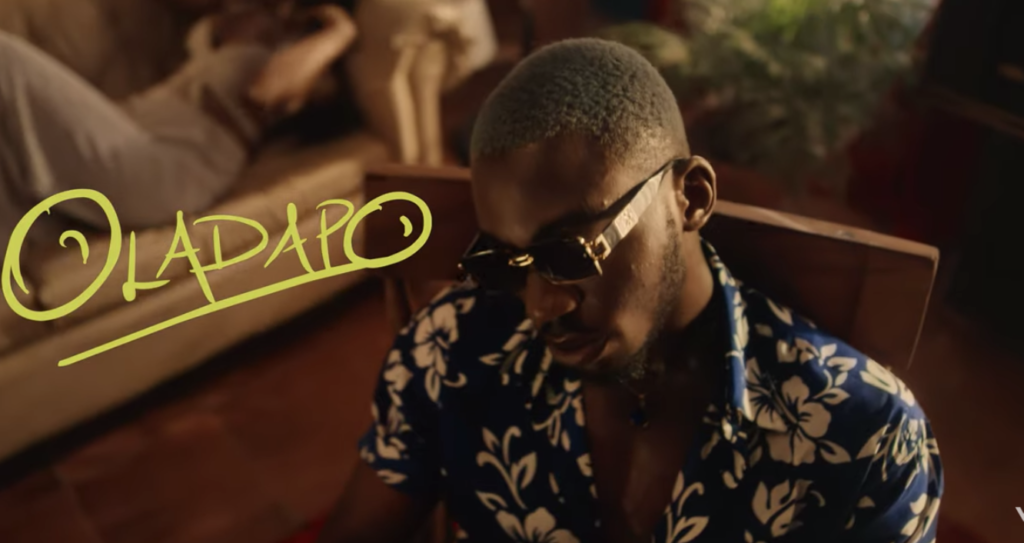 OLADAPO PORTRAYS LOVE AND LUST IN MUSIC VIDEO FOR “ALONE”

Oladapo made his musical debut in 2021 with the release of “Alone” which was produced by the highly raved P.Priime. The track is enjoying incredible support on and offline including a feature on BBC 1Xtra, multiple radio spins as well as co-signs from music fans and custodians across a variety of platforms. While “Alone” is on its way to becoming a fan-favourite record, Oladapo premieres a crisp, retro-themed visual to the song.

Directed by Ibhukun and shot in the suburbs of Lagos, the music video is a concise portrayal of youthful lust and love that compliments on the narrative about girls and their insatiable nature, and the boys who pursue them relentlessly. This record also serves as an introduction into Oladapo’s intimacy locus as expressed on his debut EP set for release later this month.

With a lot of goodness lined -up for the young upcoming star, not forgetting that Complex cited him in 2020 as 1 of 10 Nigerian artistes to watch, Oladapo is working hard to attain his expectations and will not renege in his efforts at building to become one of Westside’s breakout stars in music.

Watch the music video for “Alone”