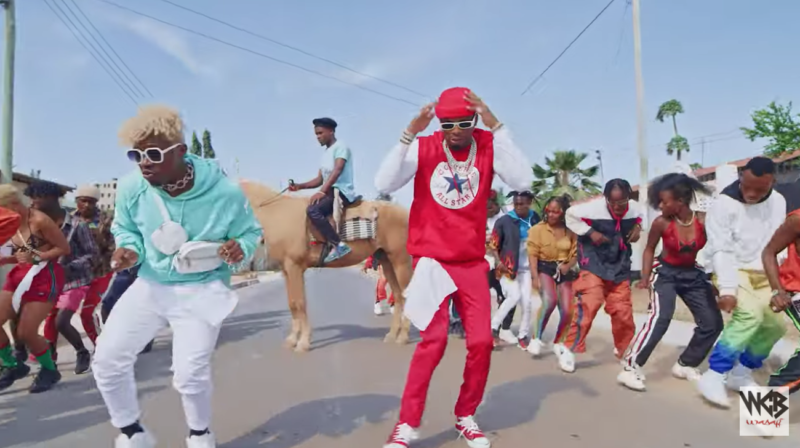 Rayvanny and Diamond Platnumz releases ‘Amaboko Video’ shortly after the success of the audio.

Rayvanny and Diamond Platnumz teamed up once again to bless our screen with “Amaboko video”. WCB (Wasafi) releases another hit song titled “Amaboko” by Rayvanny featuring the CEO Diamond Platnumz. This another boss and protege affair produced by s2Kizzy and mixed by Lizer Classic. Their last joint ‘Tetema‘ was one of the biggest song out of Africa in 2019, with over 44 million views. This views for the music video on Youtube.

Raymond Shaban Mwakyusa widely known with the stage name Rayvanny, is a Tanzanian musician, songwriter, dancer and Recording Artist Signed Under WCB Wasafi Records label owned by Diamond Platnumz. Rayvanny is best known by his song “Kwetu“, which introduced him to the world. Rayvanny was mentioned by MTV Base among “Acts To Look Out For” in 2017. Since 2017 he has been on the A list game known all over Africa with hit songs to his name.

Vannyboy a Bet Award winner delivered an infectious – melodious vibe on this new entry that going to find its way to your playlist and take over.

The official music video for Amaboko directed by Kenny is colourful, entertaining and filled with lovely dance moves that would raise your spirit up. This visuals is almost in same direction with Tetema, so if you loved Tetema visuals this would bring joy.