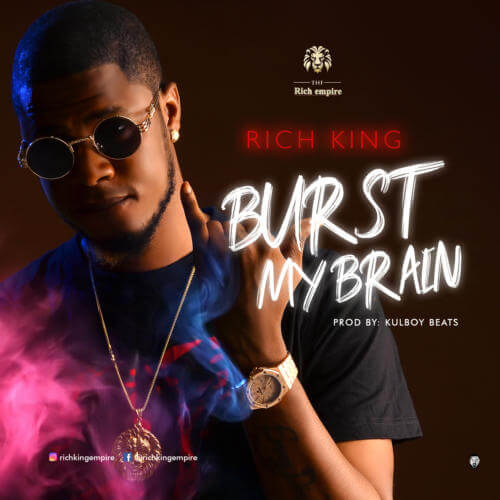 Emmanuel Dinoke known by his stage name ‘Rich King’ is a Nigerian singer, writer and record producer who hails from Warri Delta State. He has just released his first official (video) debut single ‘Burst My Brain’ and it is something the ladies and guys would really like because its a radio banger.

He did this masterpiece with the fast-rising producer kulboy who has worked with a lot of A list artists in the entertainment industry in Nigeria. And this classic visual below was directed by “Oluwadare”