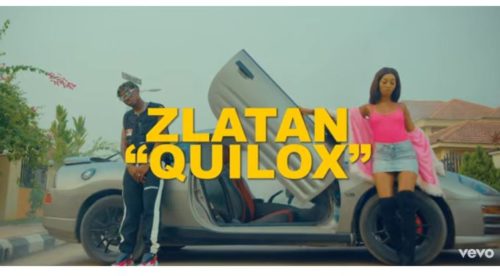 Zanku master, Zlatan shows no sign of relenting as he returns with the music video of his latest release “Quilox“. Zelatii dropped this new street banger and anthem produced by Rexxie and Jabulani. The song has been trending and disturbing club since its release. Its has a catchy Lyrics and easy to pick slang like ‘Eje Mi, Eje Mi’, ‘All Man For Himself, Eje Mi Fight For Yourself’.

The video was shot in the beautiful site of Lagos by Naya Effect. Zlatan features his new and first signing to Zanku Records, ‘Astalavi‘ Dog. Also his favourites, Rahman Jago, Gucci Branch among others. Watch and Enjoy the crispy visuals with lovely dance moves.