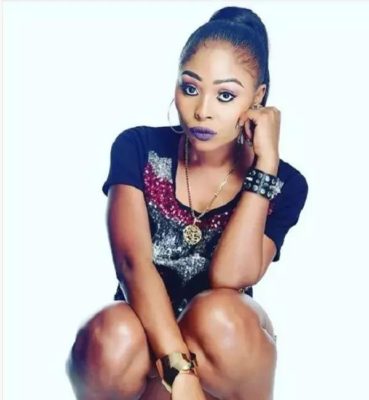 BBNaija evicted housemate, Cocoice, has come under intense fire from fans following a tweet she made a couple of hours back.

The budding rapper had taken to her twitter page to say there were too many whack rapper around,a  tweet that did not go down well with so many, as they felt she was taken a shot at fellow contestant, Efe.

Almost immediately, followers jumped at the tweet slamming and calling her names for it.

Read some of the comments below:

@H3rRoyalness @cocoiceofficial have you heard her song feeling my P? I wept when i heard it. Whack as hell

@OfficiallyAlo @cocoiceofficial I saw her rap a few times in the house so I can’t even bother to subject myself to that torture??

@cocoiceofficial Wawu, I see you are also trying to remain relevant ?
Next 2 month you shall be forgotten???

@6ixteensavage @cocoiceofficial they are trying so hard to remain relevant by subbing Efe ?? this one has been long forgotten #BBNaija

@cocoiceofficial I see the igwe crown ting is still paining you.
Move on for crying out loud ??#BBNaija

Upon eviction from the BBNaija house, Cocoice dropped a single titled ‘Feeling My P’ and is set to shot the video any day now.

Efe has released the much anticipated EP “Against All Odds.” It features fellow Nigerian rappers, Ice Prince Zamani and BOJ....