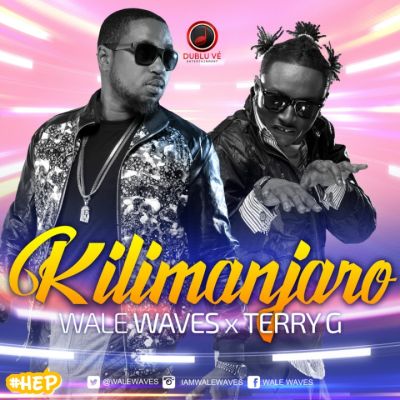 Wale Waves return with a new single following his last official released Monster Club Hit single, ‘Waa Paa Yan’, produced by Stormyzino (released 25th of Oct. 2013), which people prefer to call, ‘Yetunde Waa Paa Yan’. The song went viral all over the world till he survived an accident on the 26th of Dec. 2014, which was exactly 9 days after he premiered the official video on the 17th of Dec. 2014. Glory be to God for his quick recovery.

Yours Truly, Wale Waves had to take his time to recover before he now recorded this ‘undoubtedly confirmed Tripple ‘M’, (Mega Monster Music)’, which he featured the Honorable King Of Ginger – Da Terrific Ginger Master, Terry G. He titled this one, “KILIMANJARO“, produced by the Veteran/Legendary Puffy Tee, mixed and mastered by ‘Dresticks’. Wale Waves has never disappointed his fans for even just a single time in all his releases. I bet you, you won’t be advised to make a positive comment after listening to this ‘full of life’ song by the effort of this 3 round-able professional Musicians. Please sit back, relax and cheerfully download this Afro/RnB/Ragga Music for you and your close ones’ enjoyment. Don’t forget to drop a feedback comment. Love you!