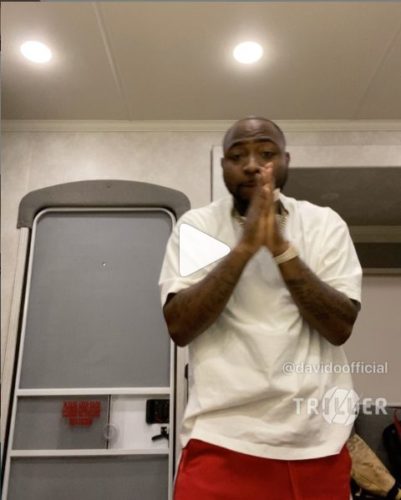 Davido was a whole mood yesterday as he was invited to Tyler Perry’s newly built studio in Atlanta yesterday.

The superstar singer who currently is basking in the euphoria of the massive success his latest single; “Risky,” is doing decided to show off his rare dancing skills and it was a delight to watch. The singer uploaded a video of himself doing the dance on his Instagram page and we have thought to share with you.

Davido would be appearing in the second part of famous Nollywood movie; “Coming To America,” and it probably could be one of the reasons he was at Tyler Perry’s studio yesterday.

Dj Cuppy Sends Lovely Message To Her Dad, Femi Otedola As He Turns 57

Dj Cuppy Sends Lovely Message To Her Dad, Femi Otedola As He Turns 57