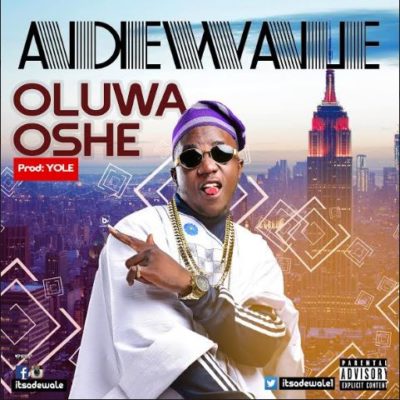 Just few weeks after DJ Kaywise dropped his 2018 end of year gratitude mixtape – a mixtape inspired by Adewale’s latest hit single “Oluwa Oshe “ and described by many as the mix of the year with over hundreds of thousands downloads in less than a month (in case you don’t have the mixtape yet, click HERE ), the multiple award winning disc jockey and king of the street has further shown his love and support for one of Nigeria’s finest fast rising musical artist in the person of Adewale Odusaya popularly known as Adewale aka “Dagrin in the young body” as he stars in the visuals of Oluwa Oshe. Filmed in Lagos, Nigeria with wonderful viewing and camera angles going round in 360, creating a master piece of art that’s fascinating

Adewale made his debut into the Nigeria music scene in the March 2018 with his debut single “Chimo” which enjoyed massive airplay in topnotch music stations nationwide.

For lovers of the duos, Adewale and DJ Kaywise will be having dinner with selected fans Nationwide this January, 2019. Subscribe to his YouTube channel (https://youtu.be/HMs_k9pAfEE) where the selections will be made. Also follow him on all socials via
www.instagram.com/itsadewale ,
www.twitter.com/itsadewale1 and
www.facebook.com/itsadewale to stay updated with Adewale and you could also benefit from his ceaseless giveaways

“Watch DJ Kaywise In The Visuals Of Adewale’s Latest Single “Oluwa Oshe””, 5 out of 5 based on 1 ratings.