Watch How Burna Boy & Zlatan Made 2019 Smash Hit, “Killin Dem” In The Studio 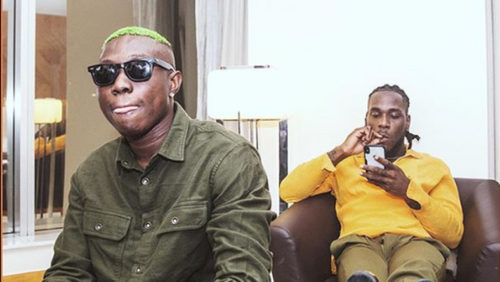 The promise of Burna Boy’s 2019 hit single; “Killin Dem” to becoming a truly banging song started from the studio.

The song which features Zlatan made huge signs of blowing up even before it was finally compiled and released. The vibe in the studio was so high with Burna Boy caressing and blowing up his loud and Zlatan being in his usual hyper self, recording with some ginger.

Killen dem… what a jam