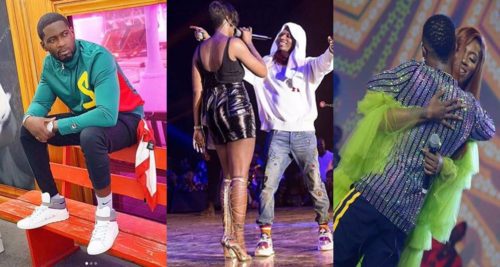 Tiwa Savage and Wizkid have been rumoured in the past to be in a sexual relationship but with no tangible evidence to authenticate the rumour by the mongers.

Although the controversial video to Wizkid’s 2018 song, “Fever” in which Tiwa acted as a vixen for the Starboy to some extent made people feel there is serious truth in the rumour but there are still people who feel it was just mere entertainment and drama.

Meanwhile, as people were making plans to go to bed and prepare for work day tomorrow, a shocking video surfaced on the internet showing Wizkid hitting Tiwa Savage’s bumbum after the two went on a boat cruise in Lagos.

Could this video be telling us more about the relationship these two have?

“Watch Moment Wizkid Slaps & Rubs Tiwa Savage’s Bum Bum At A Beach In Lagos”, 5 out of 5 based on 1 ratings.