Wizkid Addresses Shola, Tife And Family Feud Publicly At His “Made In Lagos” Concert 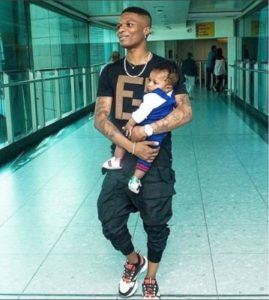 Wizkid after a long while has finally given his thoughts on his issues with his baby mamas.

You would recall there was a time this year that Wizkid had a very blown issue with his baby mamas. The baby mamas called him out for abandoning his responsibilities on his other children while publicly displaying his efforts on Zion; the child he had with his manager, Jada P.

Sola, his first baby mama released Whatsapp conversations between her and the superstar, revealing how Wizkid abandoned his son; Boluwatife and making empty promises.

Sometime later, his second baby mama also called him out for doing the same thing to their son, Ayo.