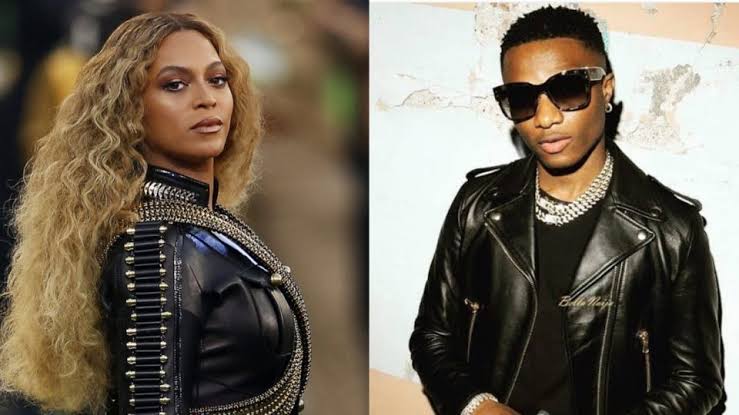 Nigerian superstar,Wizkid and Beyonce are about to make history as they have started filming the music video for their single “Brown Skin Girl”

According to reports, Wizkid and Beyonce have started shooting the music video for “Brown Skin Girl” off the album “The Gift”. The shooting commenced on October 31, 2019, at several locations in London. It was also gathered that Beyonce was calling on ‘black and brown people of different cultures, nationalities, ethnicities, genders and ages’ to come and tell their stories.

Beyoncé wanted this video to truly represent the essence of the song as she wants “normal” people step forward and tell their stories. Sources also reveal that the main focus is on showcasing a variety of body shapes and ages, from as young as six months to the elderly. The video is to be directed by a Nigerian, Jenn Nkiru who has worked with Beyonce on several projects.

Going to be special ?? #brownskingirl

“Wizkid & Beyonce Begin Filming Music Video For “Brown Skin Girl” In London”, 5 out of 5 based on 16 ratings.

Olaosebikan Olabimpe is a News Writer and Content Creator at Tooxclusive. Her idea of a great day is to be indoors snuggled up with a book and good music. She is also a passionate lover of rap.
Website
Submit your comment
10 total comments on this postSubmit yours