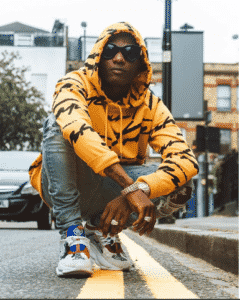 Wizkid is already working on another potential International hit record. The Star boy is working with globally-acclaimed producer, Metro Boomin.

Wizkid shared pictures from his recording session with Metro Boomin on Twitter. The excitement of the singer about the collaboration is readable from the tweet. He wrote, “Metro x Wiz !! 4life! “

Metro Boomin is a highly placed producer who has produced huge records for the likes of Future, Drake and Big Sean. Forbes described Metro Boomin as “easily one of the most in-demand hit makers in the world.” The producer is capable of cooking up a monster beat for Wizkid to deliver on.

“Wizkid Scores Another International Link-Up With Future & Drake’s Producer”, 5 out of 5 based on 1 ratings.