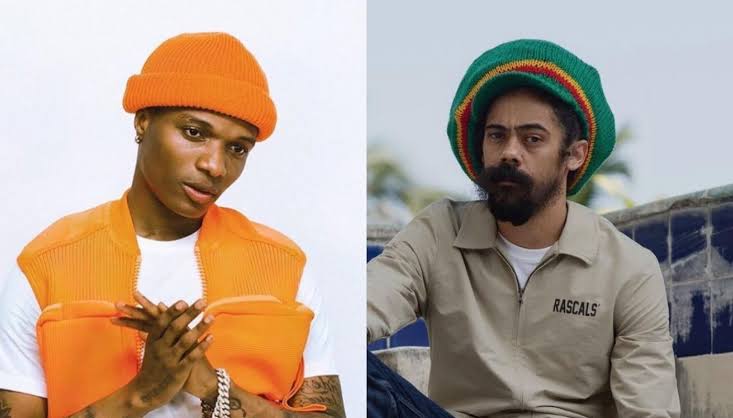 Grammy-award-winner, Ayodeji Balogun, widely known as Wizkid has shared the amazing story of how he met the legendary Bob Marley’s, Damian Marley.

While speaking in an interview, the entertainment revealed that he was once asked over the radio who he’d like to do a song with and he had replied with the name, Damian Marley. Little did he know that he was speaking things into existence.

Later that day, he was back in his hotel chilling with his boys at the balcony and with his drink cup in hand. Then the cup fell down do the next balcony, and guess who was there holding  up his cup of drink – The almighty Damian Marley.

Wizzy and Damian did a song – ‘Blessed’ together in his 4th studio album, ‘Made In Lagos’ and it definitely is one for the books.