Wizkid, Tekno Thank You For Being An Inspiration – Drake 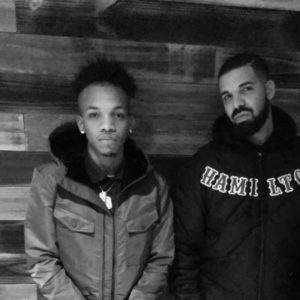 Canadian rapper, Drake whose fifth studio album Scorpion recently got released, referenced Tekno and Wizkid as his source of inspiration.

Some minutes ago, Drake referenced two Nigerian songs: Tekno’s Jogodo and Wizkid’s Soco. The rapper shared a screenshot of the two songs among other songs like Brent Faiyaz’s Make Luv, Flipp Dinero’s Leave Me Alone, 03 Greedo’s Sweet Lady; and albums like Biggie’s Life After Death and 2Pac’s All Eyez On Me on his Insta-story. The international rapper shared the screenshots and wrote “thank you to all the artists that inspired me on the studio drives.”

Wizkid and Tekno have a known history with the God’s Plan rapper. He has collaborated with Wizkid severally – on One Dance, on Come Closer and on Ojuelegba remix. His relationship with Tekno, however, has only produced pictures of the two artistes spending time together at different locations including a studio room. The studio picture of the two artistes sparked rumors of a future collaboration.

See his posts below.