Previous: Innyblack – “Never Give Up” 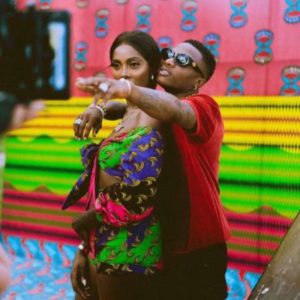 You would recall we brought you news last week about Wizkid and Tiwa Savage appearing on the Global Citizen EP alongside the likes of international superstars such as David Guetta and Pharell Williams.

Also just over the weekend, Global citizens put up a festival in South Africa in honour of late South African president, Nelson Mandela, who lived with the intention to combat poverty and give hope to social activism just like it is the aim of Global Citizens.

In the festival, a number of Nigerian artistes had the opportunity to perform alongside international superstars such as Jay-z, Beyonce and many more. And just like the privilege they had in appearing on the Global citizens EP, Wizkid and Tiwa Savage also performed in the festival in honour of the late African Icon.

Other Nigerian artistes that performed are D’banj & Femi Kuti.

Woke up to so many great reviews I have to thank my team for holding me up and working many hours. ??

A post shared by Naija celebs lifestyle videos? (@nigerian_celebrities_videos) on Dec 2, 2018 at 11:26am PST

Nifemi is a graduate of the University of Lagos. He's a unique user of the pen when it comes to the expression of whatever. He is editor-in-chief of the organization and also a writer of news, articles, editorials and a lot more to help expand the level of knowledge of the readers and simultaneously have them entertained. A lover of music and football is who he is and a Man Utd die-hard.
Submit your comment
10 total comments on this postSubmit yours