Wizkid’s Manager Opens Up On Alleged Fight With Tekno 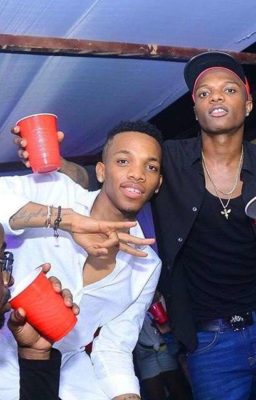 It was reported that there was a scuffle between Wizkid‘s camp and Tekno at the 2017 One Africa Music Fest in Dubai. It was said that Wizkid’s manager punched Tekno for disrespecting him. The news also carried it that Davido heard about the incident and he reacted by leading his crew to confront Wizkid’s crew, a move that caused chaos to break out.

Until now, the report remained unconfirmed as none of the artistes involved came out to speak on what really transpired at Dubai. However, Wizkid’s manager, Sunday Are recently broke the silence on the incident, in an interview with Punch Newspaper.

In the interview, he said that the widely circulated story is false, although he seemed to hint at being disrespected but he stressed that he does not have a problem with Tekno, rather he wishes him well.

“Initially I did not want to say anything about the issue I had with Tekno at the One Africa Music Fest because if I speak, the industry would not be happy about what happened. I just want to be silent on the matter because what actually happened was more or less like the quarrel of a father and son in the house. When a father has a problem with his child in a house, that is when the child will do something that is not good, you scold him and it ends there.

What people have been reading was not actually what happened. When these young boys in the industry act sometimes, it makes me remember the Yoruba proverb which says, ‘a child can have as many clothes as an elder but he can never have as many rags as the elder.’ Also, what an elderly person sees while seated, a child cannot see it even if he climbs a skyscraper. With all due respect to every artiste in Nigeria both old and young, what happened on that day has never happened before. No artiste in Nigeria has ever disrespected me. Every artiste in this country knows that I am always there for them and I also try my best not to disrespect any one of them.

They can all testify to this. I always wish every music artiste the best because I stand for African entertainment. I have always wished them the best including Tekno; my happiness is for him to grow higher than he is today.” he said.

“Wizkid’s Manager Opens Up On Alleged Fight With Tekno”, 5 out of 5 based on 1 ratings.