Yemi Alade, Tiwa Savage, DJ Cuppy – Who Is The Richest…? 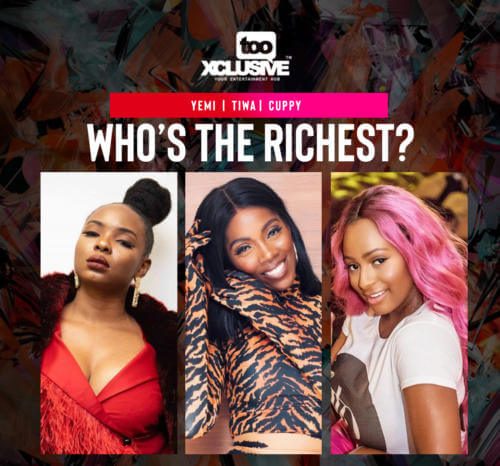 These artistes of all the female musicians in the Nigerian music industry are definitely the richest. They are making huge amounts of monies from tours, endorsement deals and through many other platforms.

And also in the past couple of years, they are also among the female artistes who drop the biggest of music jams which add to them great commercial value.

However, competition and rivalry in this game is inevitable and that’s why an argument that is currently hot over here has come up which we really want you guys to help us put to bed.

And the argument is, between Yemi, Tiwa & Cuppy, we want to know who the richest is among the three beautiful artistes.

Yemi Alade, Tiwa Savage & DJ cuppy – Who is the richest…?

Nifemi is a graduate of the University of Lagos. He's a unique user of the pen when it comes to the expression of whatever. He is editor-in-chief of the organization and also a writer of news, articles, editorials and a lot more to help expand the level of knowledge of the readers and simultaneously have them entertained. A lover of music and football is who he is and a Man Utd die-hard.
Submit your comment
27 total comments on this postSubmit yours
Newer Comments →
Popular Posts
HOT!!