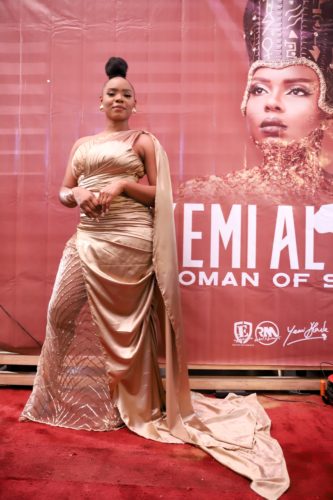 Yemi who is known to have a huge global fan base just dropped the “Woman of Steel” and it came in time for a Grammy consideration as it still keys within the year under review of the Grammy organizers. The “Woman of Steel” album apart from being submitted for a Grammy consideration has also attained over a 100 million in regards to streams all over the globe.

If eventually the album is nominated, it would be a sweet victory for Yemi Alade who has really been criticized for a alleged “watery” lyrics by her Nigerian audience. However, if we are going to be looking outside of her musical discord with some Nigerian music fans, it surely would be good news for Afrobeats.

We’re up for GRAMMY AWARD Consideration! ???? . . Reaching out to all voting members of @recordingacademy to consider my Album, Woman of Steel for Best World Music Album! . . “This has been an incredible project and I would love to celebrate it with all of you.” #Grammy2019 #GrammyAwards #WorldMusicGrammy @recordingacademy #fyc #WomanofSteel #yemialade

“Yemi Alade’s “Woman Of Steel” Submitted For Grammy Consideration, Album Reaches 100 Million Streams Worldwide”, 5 out of 5 based on 1 ratings.