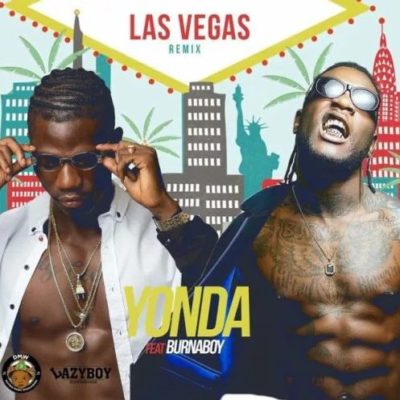 Here is the latest signing to Davido Music World, Yonda aka Yondrizzy. The singing act is here with a refix to his debut single ‘Las Vegas’ and this one features the baddest of them all, BurnaBoy.

Yonda moved from his ex label, Lazy Boy entertainment to ink a deal with OBO in late 2016 in a move that makes him the fourth artiste signed to the label.

Yonda is known for his oun and use of vulgar language in songs. He is highly tipped as the new street soldier to rule.

The singer’s latest offering will be his second single under the DMW label.

The record is produced by Fresh Beats.

This is a very captivating tune.