“You Collect Money From Yahoo Boys To Do Give Away, Don’t Be A Hyporcrite” – Naira Marley Slams Tunde Ednut Judging Him 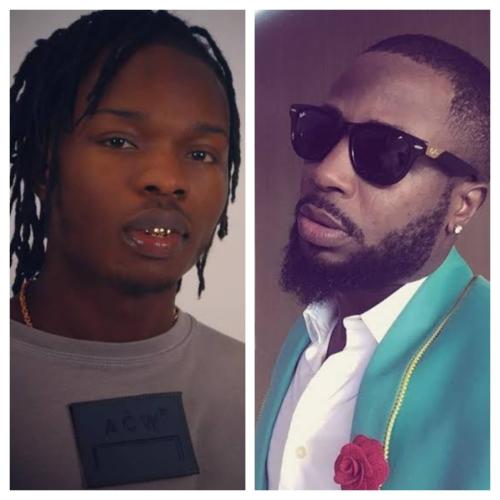 The controversy surrounding Naira Marley has continued to be aggravated by celebrities and music fans in the music industry since he revealed internet fraud should not be regarded as a  crime as a result of what our ancestors suffered during the era of slave trade.

After being cautioned by a number of celebrities for trying to mislead the youths after he said “Yahoo Yahoo” is not a crime,  former musician now turned blogger; Tunde Ednut also joined in the criticism as he took to his Instagram page to post a picture of the singer, admonishing him never to spread such messages as it is wrong.

Tunde wrote; “Okay, Naira Marley, THIS IS WRONG!!! You shouldn’t be passing such messages.”

Okay, Naira Marley, THIS IS WRONG!!! You shouldn’t be passing such messages.

It seems after seeing the post on Tunde Ednut’s page, the Naira Marley got upset as he expressed that the blogger is not in the right position to tell anyone what is right or what is wrong. He also accused Tunde of collecting money from “yahoo boys” to do give away and also post exotic cars bought by internet fraudsters.

Naira wrote under the post; “I said u posted a kid with his dad face tattooed on his back and u called him gay. That’s bullying.. and u just posted someone that bought a Lamborghini..think about it.. don’t be a hypocrite.”

“”You Collect Money From Yahoo Boys To Do Give Away, Don’t Be A Hyporcrite” – Naira Marley Slams Tunde Ednut Judging Him”, 5 out of 5 based on 1 ratings.