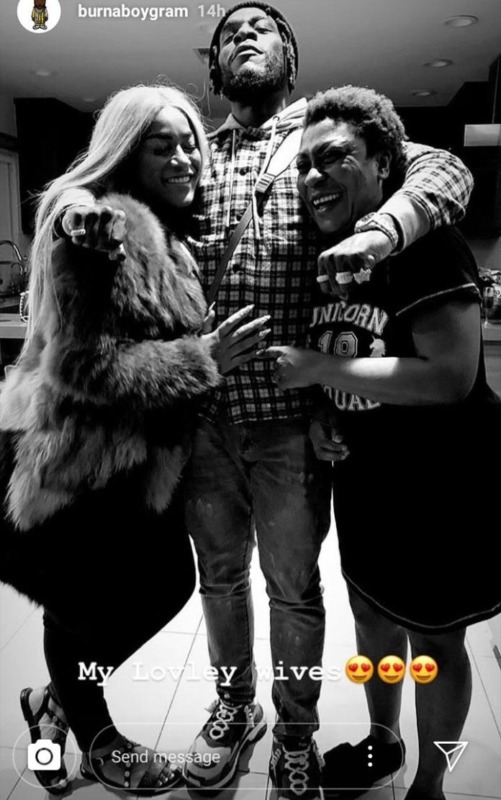 Burna Boy’s mom, Bose Ogulu has playfully threatened Stefflon Don for betraying her by son by rooting for Vybez Kartel in his face off against Wizkid.

During an Instagram live session that saw Burna Boy, his mom and crew tune in for the Wizkid versus Vybez Kartel battle on Twitter, Steff who has been rooting for the Kartel sent in a voice note to her bae obviously bragging that the Jamaican singer would win. Bose who wasn’t so pleased with Steff’s betrayal reacted and stated that she would not be given Nigerian visa for rooting for him.

Burna Boy who was enjoying the battle told her to retract her voice note so as to get on the good side of not just his mom but that of Nigerians. Burna also stated her actions have proved that she doesn’t want to be loyal and he is suspecting her for that.

“”You Will Not Get Nigerian Visa” – Burna Boy’s Mom Threatens Stefflon Don For Defending Vybez Kartel”, 3 out of 5 based on 4 ratings.