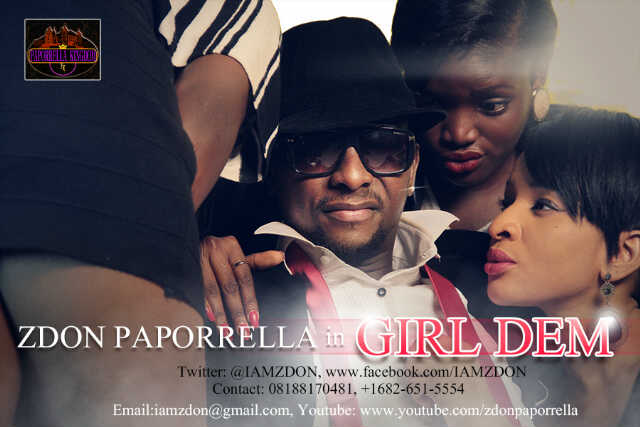 The award winning and handsome performing artist, producer and C.E.O of record label Paporrella Kingdom who has both middle belt & Niger Deltan ancestry, took Nigeria by storm with his hit “Na You Be the Girl” singles ‘ and “Nonsense” in 2005 & 2007 respectively and has a number of indigenous and international awards and accolades to that effect.

After a long unavoidable hiatus, Zdon Paporrella came back out with a single titled “Crazy Love” in which he featured award winning lyricist, Vector tha Viper, earlier in the year, which is steadily gaining ground on TV and radio stations in and out of Nigeria.

Today,June 24th, he marks his birthday with the release of this super hot club shaker “Girl Dem” produced by DeeJay C and T-Soul.

Zdon Paporrella brings the same energy and free-styling skills he used to win the nation’s heart with previous single “Nonsense.” You can’t help but laugh and lose it on the dance floor… especially the girls dem.