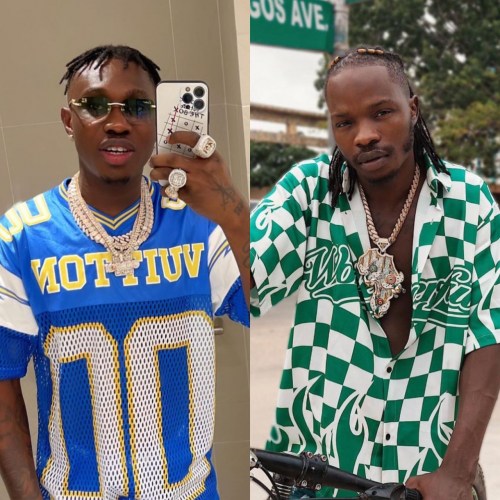 Nigerian singer, Zlatan has recounted how he and Naira Marley got arrested in his house.

According to him, the ugly incident happened after they recorded “Am I A Yahoo Boy”. Zlatan said he and Naira Marley were just chilling in his crib when Naira Marley decided to spend the night.

Zlatan revealed it was fasting period so it made more sense for Naira Marley to chill with him. He stated that’s EFCC broke into his house early in the morning and arrested, him, Naira Marley and his chef.

Zlatan admitted it was a very ugly moment in his life especially after Haters rushed to his Mother to tell her that her son was arrested for being a yahoo boy.

He added that the arrest didn’t do his career any good considering the fact he was starting as at the time and his face was all over the internet for being a yahoo boy.

Why Zlatan Gave Naira Marley The “Beating Of His Life”