Zlatan Shut Down Concert In Abuja To Speak With Davido On Video Call, Crowd Go Crazy 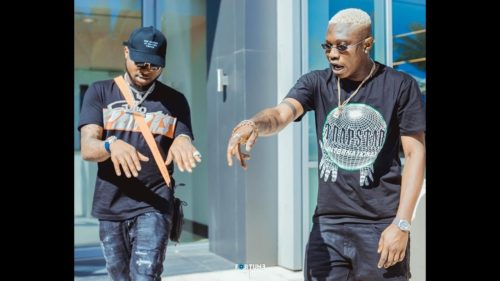 The love that exists between Zlatan and Davido is clearer than the eyes can see and this isn’t hidden to Nigerian music followers.

Considering the fact that Davido is one of the major pillars that facilitated the stronghold of Zlatan on the Nigerian music scene, the “Zanku” rapper appreciates and adores him a lot. Infact he sees Davido as his mentor, sending accolades the way of the superstar on and off his songs anytime he deems it fit…

Zlatan recently headlined his concert; “Zanku To The World (ZTTW),” in Abuja and while shutting down the concert, he got on a video call with Davido, showing him how smooth the event was going and the energy coming from the crowd. Davido in the video seemed like a proud godfather as he smiled all through.

“Zlatan Shut Down Concert In Abuja To Speak With Davido On Video Call, Crowd Go Crazy”, 5 out of 5 based on 3 ratings.