This Is The Original Sound Of Tuface – Spellz Talks ‘Officially Blind’

Veteran and talented singer, Tu Face Idibia, has once again released a new song, which is currently enjoying massive airplay.

The new song titled, ‘Ogficially blind’ was reportedly written while the legendary singer was driving.

While speaking with Saturday Beasts, Benjamin Spellz, the producer of the new song said:

I was supposed to work with 2baba that day, but after I set up the studio, he became restless. We decided to take a drive and I brought out a CD containing some of my beats. When it got to a particular beat, 2Baba started singing to it. AJ, his cousin who was with us, followed up with a chorus and I tried to put in harmony into it too. That was how we began to write the song while driving. I was at the passenger side and AJ was behind 2baba. We immediately entered the studio, worked on the song and I gave it to him. 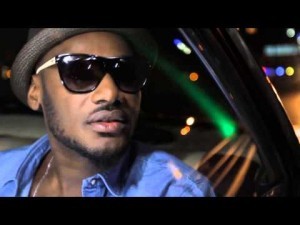 I believe the song would make a big impact as time goes on. Aside being a producer, I am a big fan of 2baba and Plantashun Boiz. I recently played it for Faze and he loved it. This is the original sound of Tuface; if you love Tuface Idibia, you would love Officially Blind.