4 Things I Bet You Didn’t Know About Seyi Shay 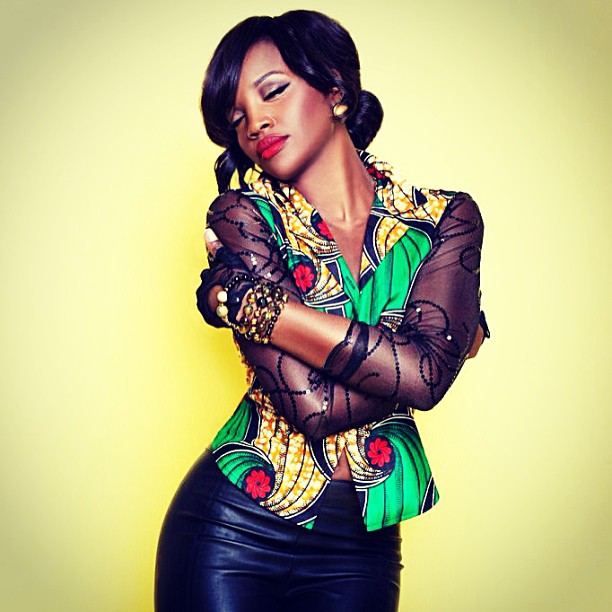 Deborah Joshua aka Seyi Shay “Bossette” is a born certified music diva. The lush looking chic with very benign vocals has come a long way to becoming one of the industry’s most sought after acts in this millennial era giving hot pursuit to the likes of Mrs Billz and Waje. Like the later mentioned, Ms Shay’s voice spans an impressive range that covers more than 3 octaves and her music versatility isn’t just evident in the upward fashion of sellable music, she’s an ursula when it comes to (afro) ballad, soul and R&B.

Seyi is about to enter the full rights of her reign as the quintessential songstress that she is and we thought it necessary to get y’all well-acquainted with her programme. Here’s some things we can bet you didn’t know about her.

Yes… yes, it is fairly common knowledge that Seyi Shay once worked with Beyonce. However, for those who do not know, apparently our “lil Ms Shay” has an impressive resume compared to some of her colleagues. Did you know she was the lead vocalist for her now defunct group “From Above” which was signed to Sony/Columbia Records company and Music World Entertainment owned by Matthew Knowles, Beyonce’s father who was their manager at that time? This was when her group got the opportunity to tour with Beyonce on her UK ‘I Am… World Tour’.

Seyi and her group mates also got to present an award at the 2011 MTV Europe Music Awards and had their own MTV reality show called Breaking From Above, which aired in over 166 countries around the world.

The sultry singer has thrilled us to no end since her return to Nigeria. From Loving Your Way, Irawo, Ragga Ragga, to Chairman, Murda, Crazy and the more recent Jangilova, Seyi Shay has served us good music.

I’m sure you’ll be thrilled to learn that her long-awaited debut album will drop this year, October 23rd and asides collaborations with the likes of Wizkid, Patoranking, Shaydee and Timaya, Seyi also hooked up with some international artistes to cook up some tracks to be housed on the album. The body of work will reportedly be produced in Nigeria and Los Angeles. Meanwhile do you guys remember some months ago when she shared pictures from American international star Sean ‘Diddy’ Combs’ studio? (I’m keeping my fingers tightly crossed for her).

Her abroad stint opened her up to a myriad of opportunities where she got to work with a number of musicians, including Justin Timberlake, Mary J. Blige, Brian Michael Cox, Darey, Bilal, Michelle Williams, Chip, Rob Knoxx, H-Money, Beyonce and Cameron Wallace. She starred either as vocal props or co-lyricist with each of these artistes. Even better, she didn’t forget to come back with all of the experience she gathered in the process because when you watch her, she’s a boundless show of all things she’s witnessed and been a part of. It’s very riveting!

Yes indeed! Remember last year when we compiled our top 10 hottest female artistes? (Read here).
Guess who made our #3 spot?
Seyi Shay of course!
We’ve got a knack for sorting through rubble to pick those with the most potentials in the Nigerian music scene and Seyi Shay is yet to prove us wrong.

Is it the vocal sway, attitude, looks or drive? Seyi’s got it… and she be keeping it 100!