5 Best Songs Davido Has Featured On Ever 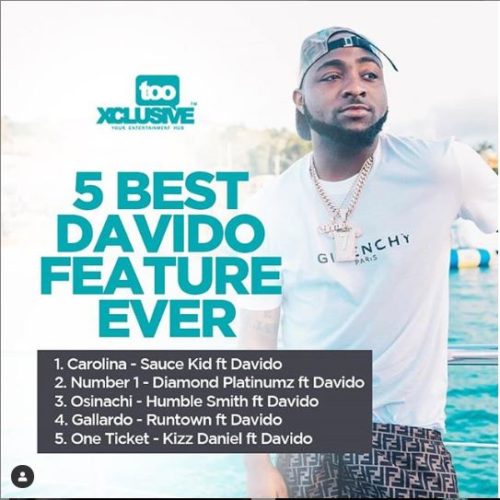 Since Davido broke onto the music scene in 2011, he’s been fantastically consistent with the hit songs he’s been serenading us with. He has been termed a hit-maker not just figuratively, but factually and meritoriously and that is evident in superstar status he’s achieved.

Apart from composing, producing and releasing his own songs, the OBO has featured on the works of other artistes too. He’s quite synonymous with helping other artistes’ songs gain massive rave and relevance as a result of his musical ingenuity.

Best 5 songs Davido has featured on

Nifemi is a graduate of the University of Lagos. He's a unique user of the pen when it comes to the expression of whatever. He is editor-in-chief of the organization and also a writer of news, articles, editorials and a lot more to help expand the level of knowledge of the readers and simultaneously have them entertained. A lover of music and football is who he is and a Man Utd die-hard.
Submit your comment
11 total comments on this postSubmit yours
Popular Posts