9 Mind-Blowing Nigerian Songs Add To Your Playlist This Week 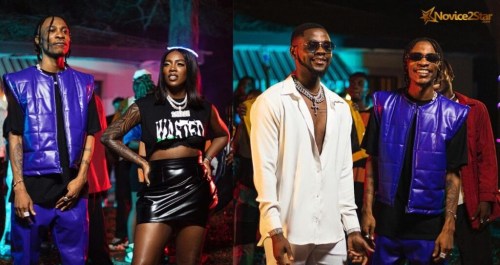 It’s a brand new week and we are ready to welcome positivity, new flows, new blessings, new vibes, as well as new music for your playlist.

As always, we have prepared a quick fix for your mood this week and we promise not to disappoint you. Check out the list below:

Talented Nigerian artist, 1da Banton, released a new banging tune called “No Wahala Remix“. This song has been very impactful in the music scene and has received wide acceptance from fans all over. Also, a lot of people on TikTok vibe to the song, which is now one of the reasons it became popular.

Industry newbie T.I Blaze is here with yet another addictive tune dubbed, Sometimes. Sometimes is currently doing wonders on the charts and on the streets right now. With an assist from Olamide, the song is a hit and an addictive one at that.

The vocals are on point and I must commend T.I Blaze for the tremendous work done.

The song preaches hard work and consistency. Blaze would love his fans to know that no one would recognize them if they turn out broke, but still, they need to keep up the hard work.

The streets are buzzing with new slang and slogans, and the smart music makers and picking them up and making music out of their meanings which automatically aids street credibility.

The slang Trenches birthed the song by Skiibii. It’s a song that prays to God for elevation. For those who still have no clue, Trenches is a term used for low-income areas with high crime rates.
Trenches come as a follow-up to Skibii’s hit song, Baddest Boy Remix, featuring Omo Baba Olowo himself.

With Vocal assistance from Simisola the music powerhouse, we already have a potential hit song. Dremo took his fans on an emotional journey on this one. A love song with catchy vibes and flow dubbed Confam.

In the song Confam, Dremo tells his girl that her body is the real deal and she’s all he needs. Its common knowledge that Dremo is no longer as consistent in the industry as he was back in 2016, but this is a certified comeback.

To think that it’s not a rap song and still bangs is bliss!

Blaqbonez dropped Commander on us recently and we already love it. It’s a different sound from what we are used to from the Nigerian rap and dancehall artists.

Commander is the first single off his upcoming studio album, titled, “Young Preacher”. It also serves as his 1st official single of the year. The chocolate city rapper has definitely won hearts with this low-tempo jam.

Nigerian award-winning actor and rapper, Falz The Bad Guy teams up with Nigeria’s most featured artist, Buju, Now BNXN to give us the impressive track, Ice Cream.

In a recent interview, Falz described how excited he was to work with Buju for the first time.‘I have always been a big fan of Buju, and I love his sound. I am very excited about this collaboration with him because it’s a great blend of our different sounds. A whole new flavor of sweetness for your pleasure. I hope you’re ready to scream for ‘Ice Cream’. Willis takes production credit for the song.

Magixx knew what he was doing when he created this song that has o problem finding its place with its right audience – The gen Z, and teaming up with his label mate, Ayra Starr is the icing on the cake.

The track is a soft love song with catchy and relatable lyrics. It is also very addictive. Magixx is one of the new signees of Mavin Record, owned by Don Jazzy. Love Don’t Cost A Dime serves as Magixx official debut song.

Anthony Victor, widely known as Victony comes through with this exciting song dubbed, Apollo. Apollo was premiered in the year 2022.

Apollo is a perfect blend of Afro-pop and Amapiano music further portraying Victony’s talent and versatility. The song comes as a follow-up to his joint with Mayorkun, Holy Father which was recently performed at the O2 Arena in London. Apollo was produced by Priime.

Nigerian Afropop/Afrobeat singer, Ololade Asake, also known as Mr. Money comes through with a follow-up to his 2022 hit song, Omo Ope, with an assist from his label boss, Olamide Baddo. Trabaye, is a song with a wide street acceptance. That did not come as a shock considering the meaning of Trabaye itself. which has been interpreted as wanting to get high, same as “Gbemi De Be”.

I like that although it’s a street song, it has a cool vibe to it. Also, Olamide’s backing vocals killed the song. The encouraging ending remark did something unique to Trabaye. It was produced by Magic Sticks.

Do Have A Lovely Week!!! 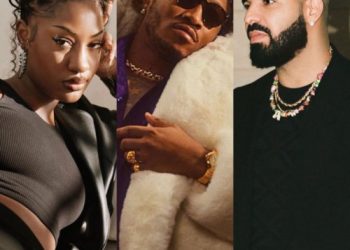 11 Awesome Songs For Your Playlist This Week 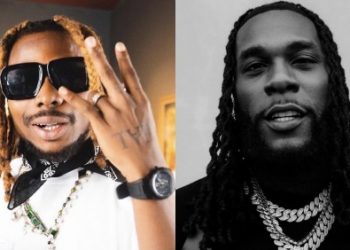 11 Songs You Should Not Miss This Week