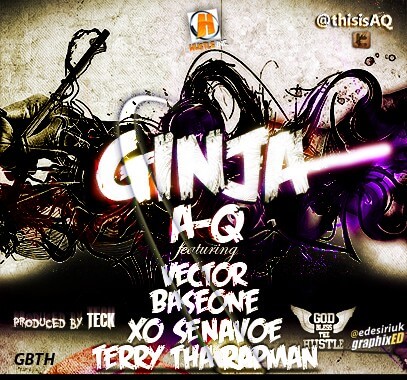 A-Q has to began work on a sophomore album which would be released on the stables of Hustle inc. The artiste insist to still promoting records from his previous effort – Past, Present and Future even though the label was not actively involved in the last album, as the deal with them came when A-Q was almost through with the project, In the words of the lyricist, ‘promotions on the last album  would continue, but a new single would still be released from the new album on oct 1st, to appease his fans’

The rapper has decided to drop a new monster track from his recent recordings for his new album the track features Vector, Terry tha rapman, X.O Senavoe and samples Baseone’s enigma freestyle on the chorus as perusal to the October 1st press briefing and media parley party taking place at Swe bar, start time is 5PM.