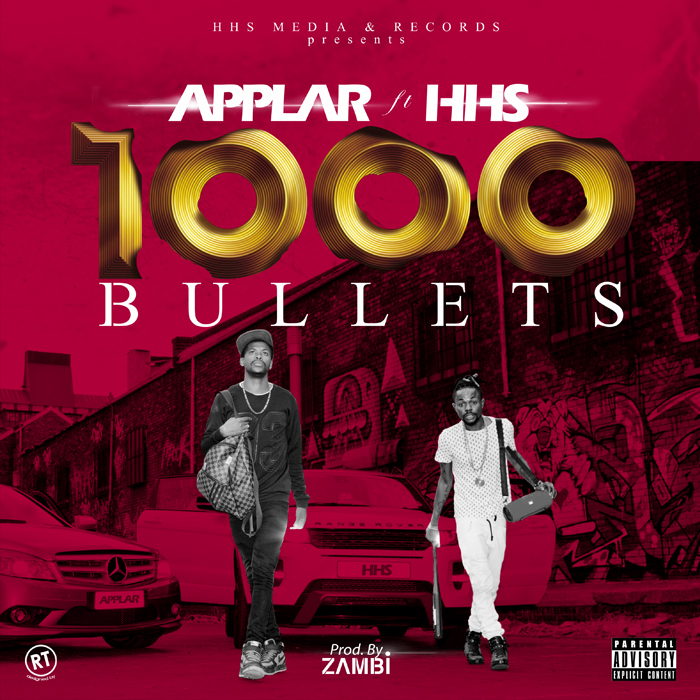 Applar known as Alphiwe Sobekwa is a South African artist who grew up in Eastern Cape , a small town called Butterworth and he is well known for his African Motivated lyrics and  rooted in his Xhosa Culture He started his Rap career in 2009 and he brought something special in the industry which he called INKQUEKQE. Applar has worked with quite a number of underground artist from various genre and he is known by his fans with the song he released in 2015 which was his debut called LOBOLA BUDGET. and Right now he  is newly signed to HHS Music and Records and happens to be the first signed artist on the label aside from the CEO ‘HHS’  A South African based Nigerian who he also an artist and both of them have this new joint titles 1000 Bullets and what they mean in this song is not about violence and not the normal gun bullets but this time Sperm bullets ;Only one sperm makes a baby
the other 999 are a waste. Indeed quite true . This is a song to enjoy!