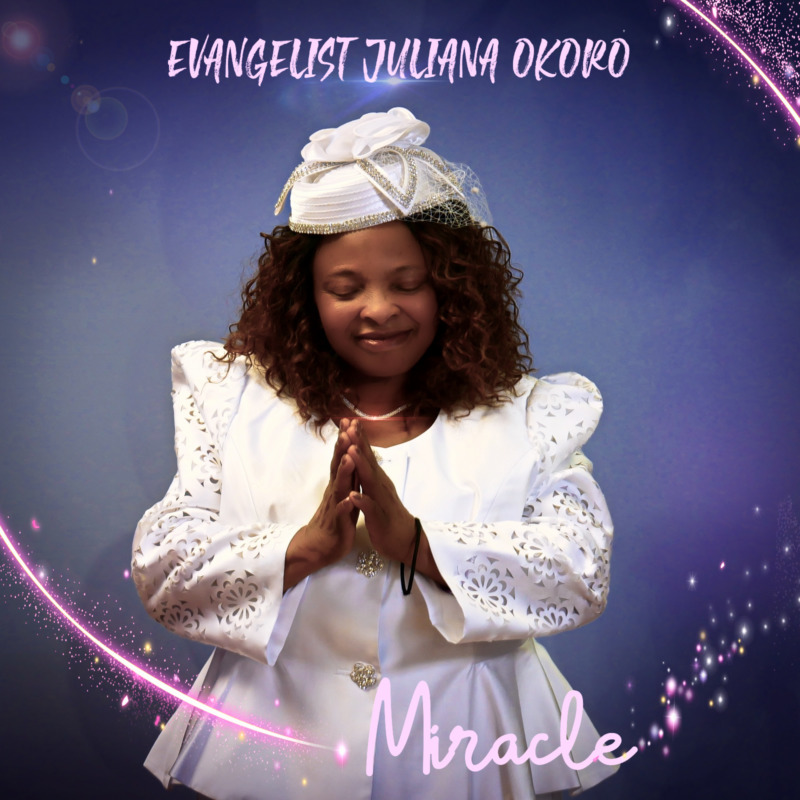 American based Nurse, Evangelist Juliana Nwakaego Okoro who is born with a desire to express her worship to God through her songs with a conviction that gospel music was her God given talent.

For her debut single ‘Miracle‘, she says, it was inspired from her experience during the corona virus lockdown.

She shared her daughter was pregnant on bed rest for almost 5 months, had her baby like a Hebrew woman and was discharged a day after in good health. Also her niece lost her triplets a few years ago, four days after delivery but God blessed her with another Healthy triplets Last year, which was indeed a Miracle and she depict a Couple life story in the video, click the play button to watch the visual.

‘Miracle‘ is Produced, Mixed and Mastered by Miah, while the Visual is Shot and Directed by Eyes of Miah Visuals.

Listen to the Song below, Also Watch and Enjoy the visuals that comes with the new record…