Back Together? Watch As TeeBillz Surprises Tiwa Savage On Stage

Previous: “Soldier” Initially Was My Song But Falz Released It – Simi Makes Revelation
By Oluwatobi Ibironke | Oct 9, 2017 | 09:14 - Leave A Comment 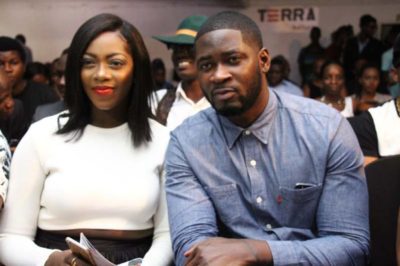 The ugly story of Tiwa Savage and TeeBillz’s marital problems is well-known, with the series of happenings that hinted at trouble in their marriage and speculation of divorce. However, it appears that the couple recently reconciled even though they seem to be keeping the new development out of the media. Interestingly, TeeBillz appeared on the AFRIMMA stage at Dallas, where Tiwa Savage was performing to hug her, seemingly confirming that they are back together.