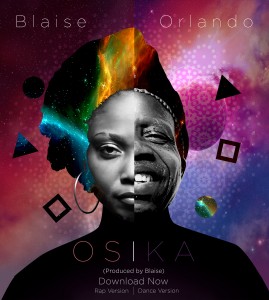 Rap queen Blaise returns to the music game as a rapper, singer and music producer in classic style as she features the Legendary Orlando Julius in her double remake of his classic tune Osika producing and performing a rap version in a her inimitable fashion and throwing in a dance version just for pure classic entertainment.