Buju Under Fire For Stating That; “Wizkid Is Trash” & “Davido Is Childish” 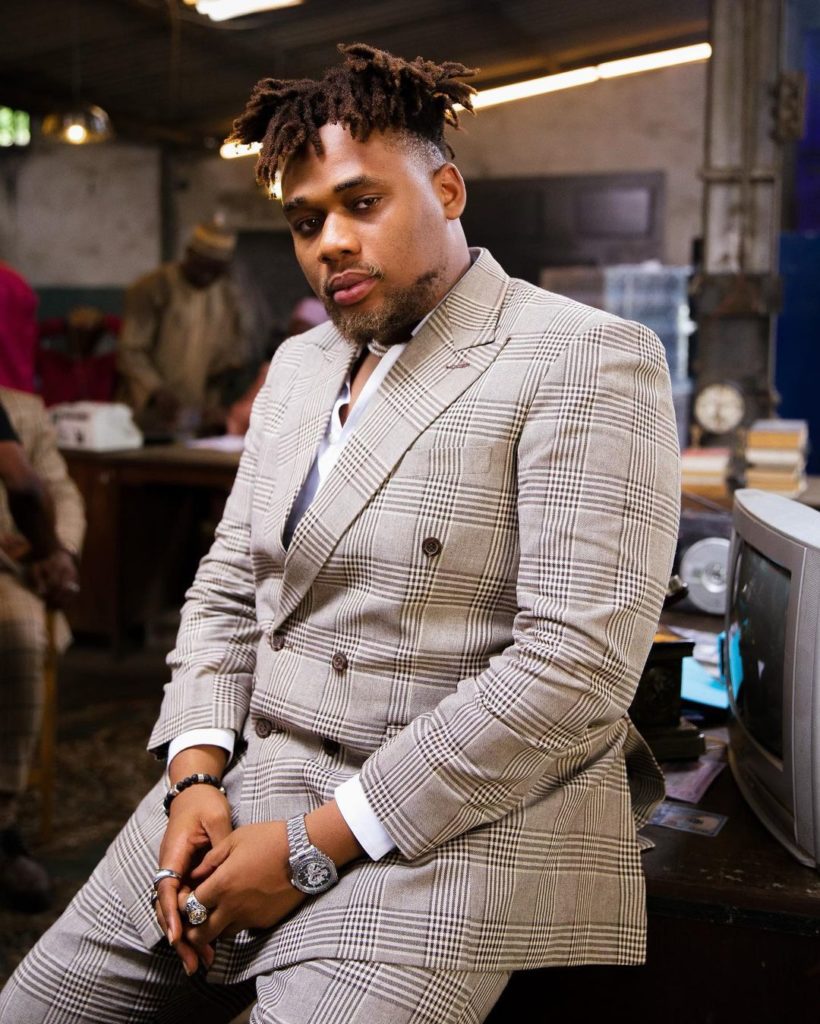 This is 2021 but the internet is yet to forget how Buju dragged his colleagues, the A-List artistes in 2016.

Nigerian singer, Buju came under fire after his old tweets trolling his colleagues surfaced on Twitter.

Buju who rose to limelight with his ‘Lenu‘ anthem found himself on Twitter trends table after his now deleted tweets were dug up. Apparently, Buju had no idea he was going to be a famous artist one day following the heartless comments he made concerning his colleagues’ music.

Buju mercilessly thrashed their music, talents and personalities on Twitter for reasons best known to him. On his troll list, Wizkid, Mr Eazi, Davido, Runtown, Timaya, Olamide, Don Jazzy were identified and others are yet to be known.

Netizens took to Twitter to bash him, reminding of his humble beginning and how his career might be affected if he fails to apologize.

Reacting to this, Buju posted a video of a guy smoking and dancing, obviously unbothered by the drama around him. 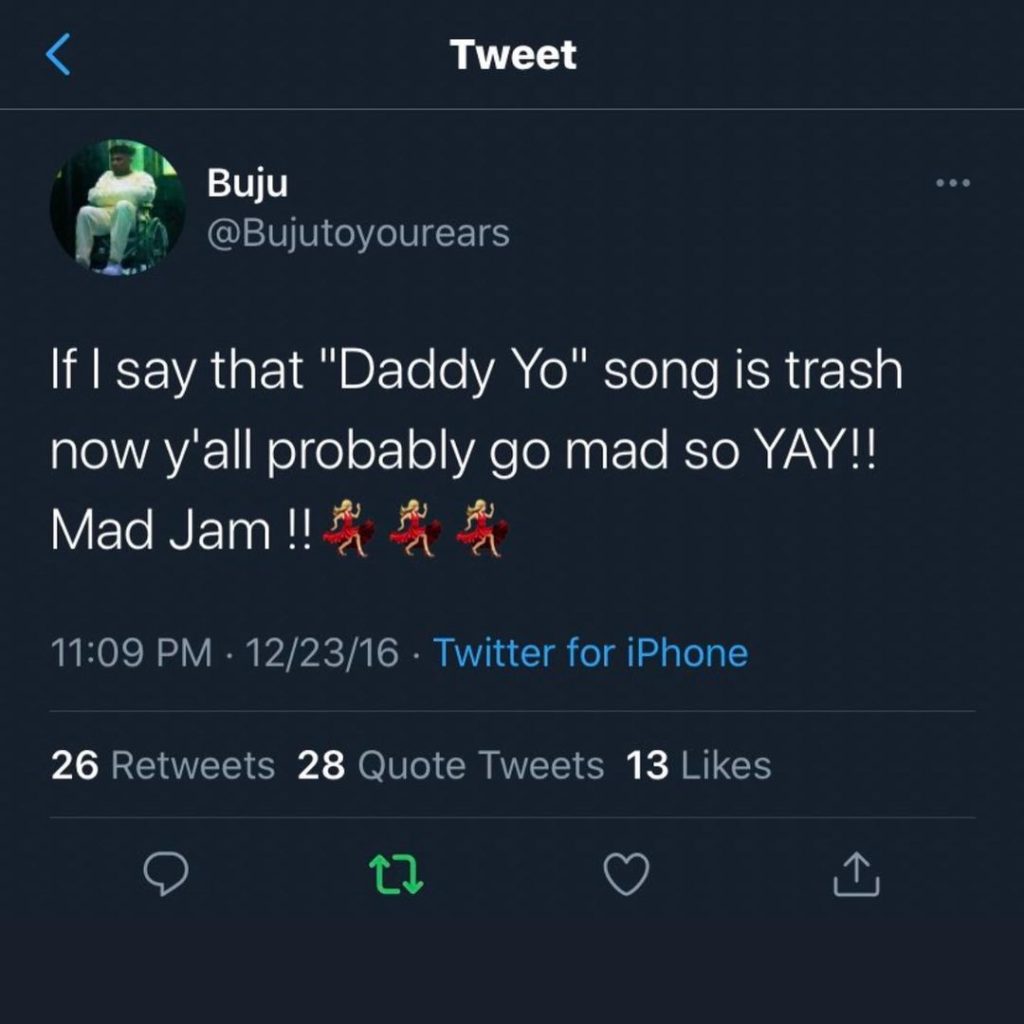 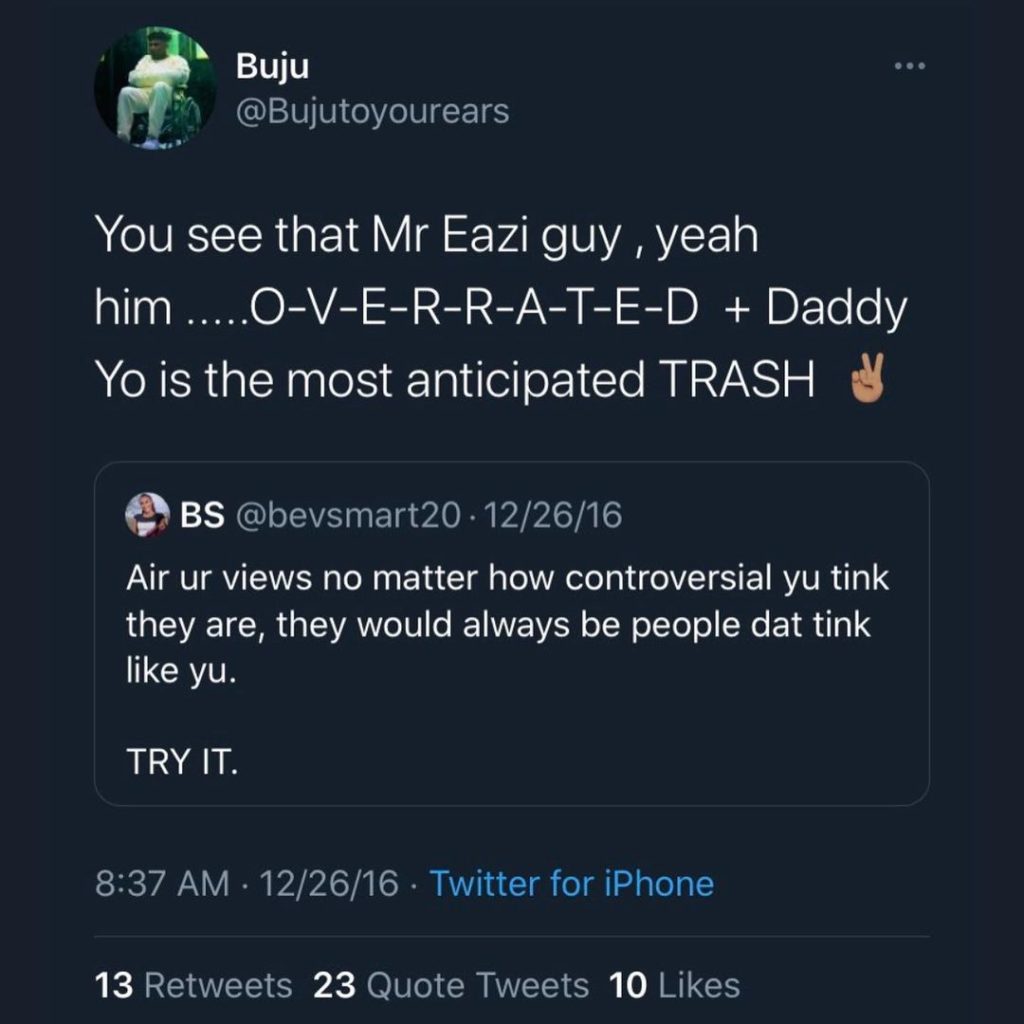 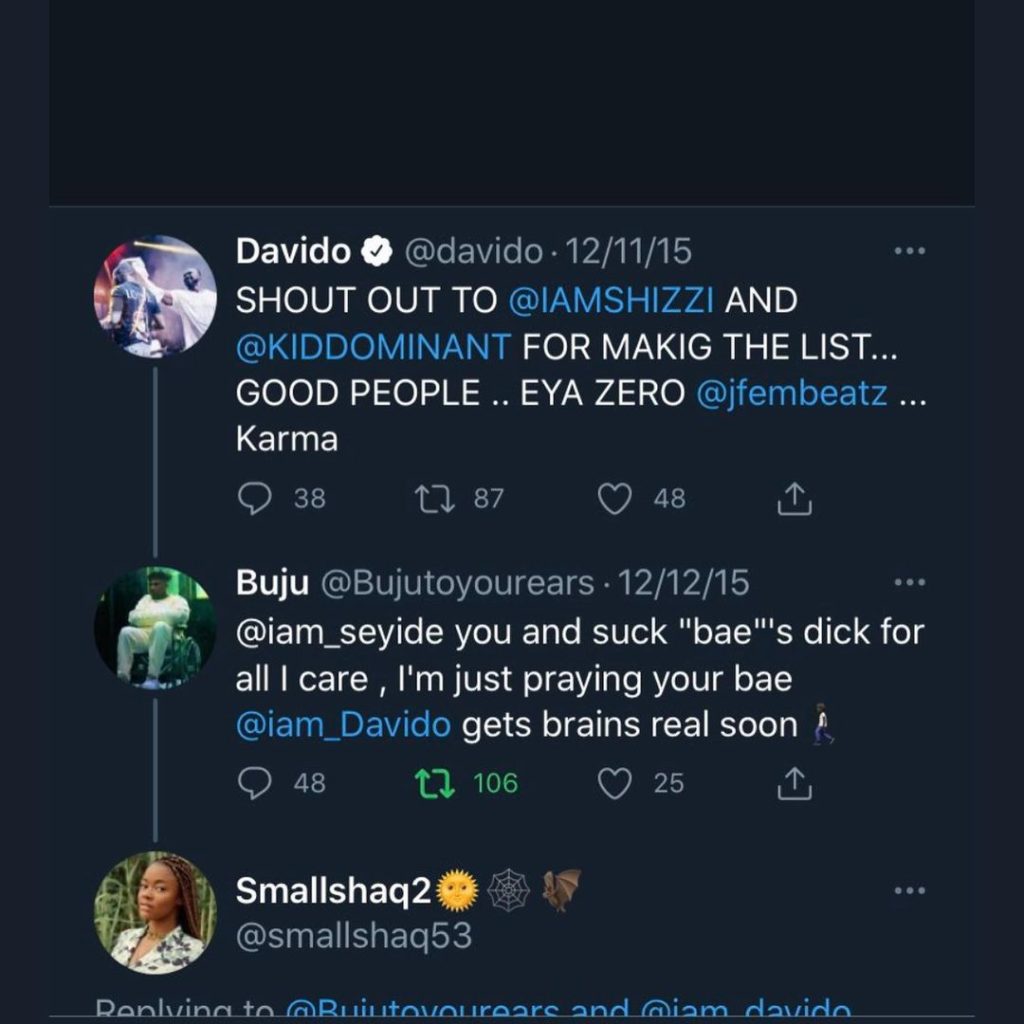 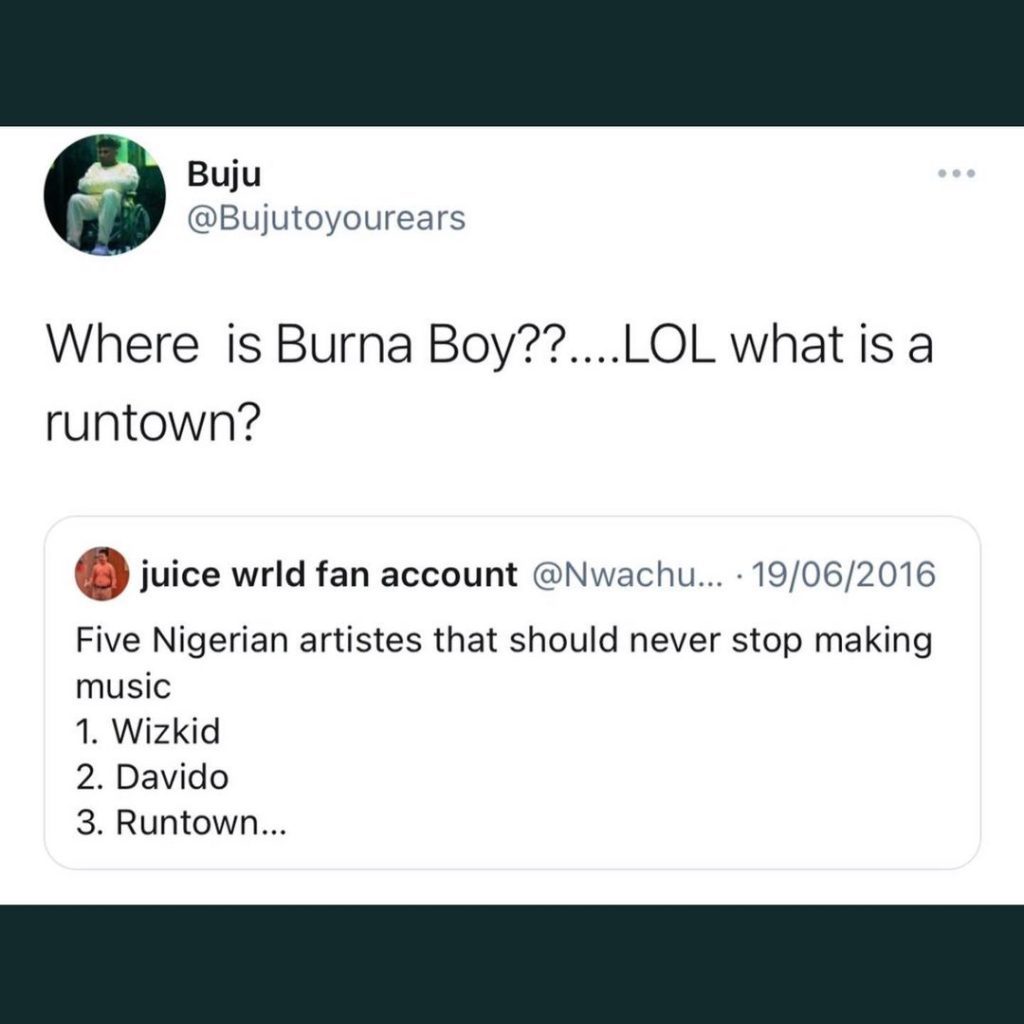 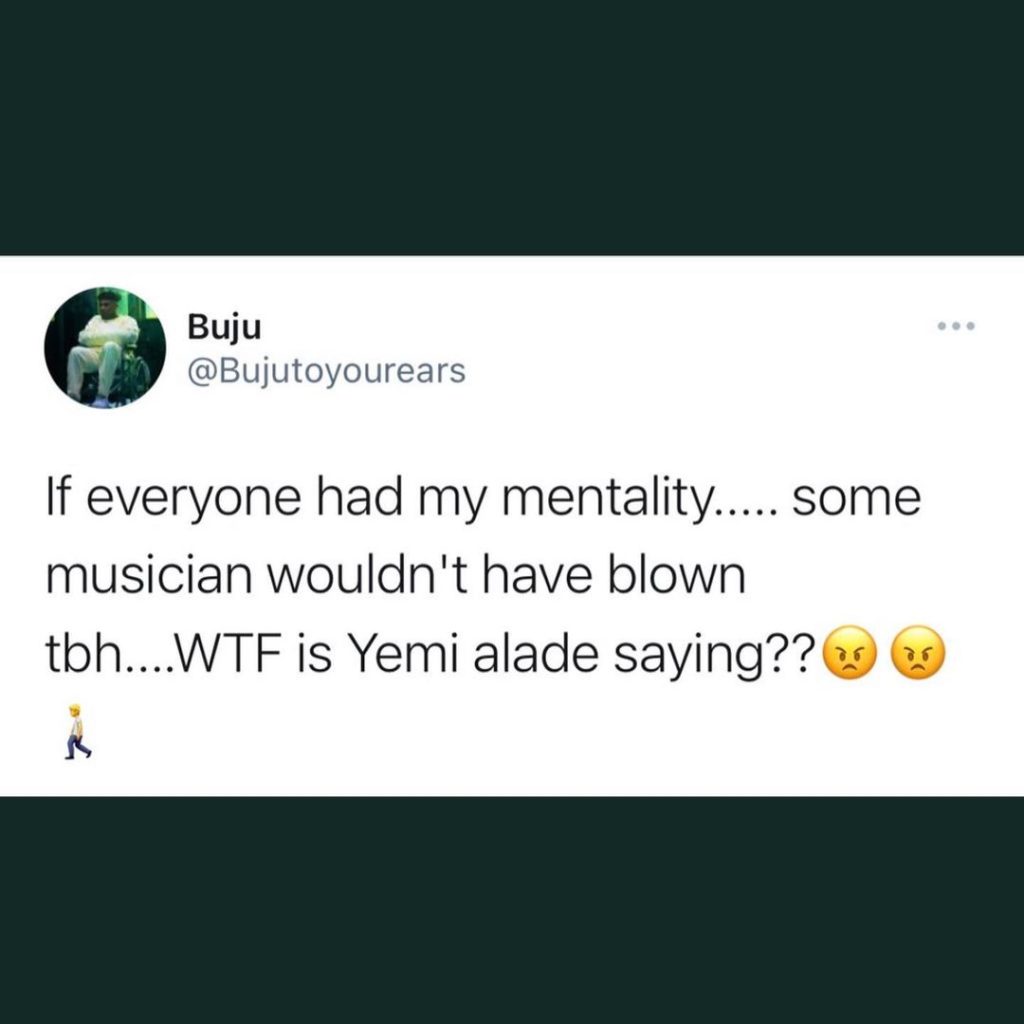 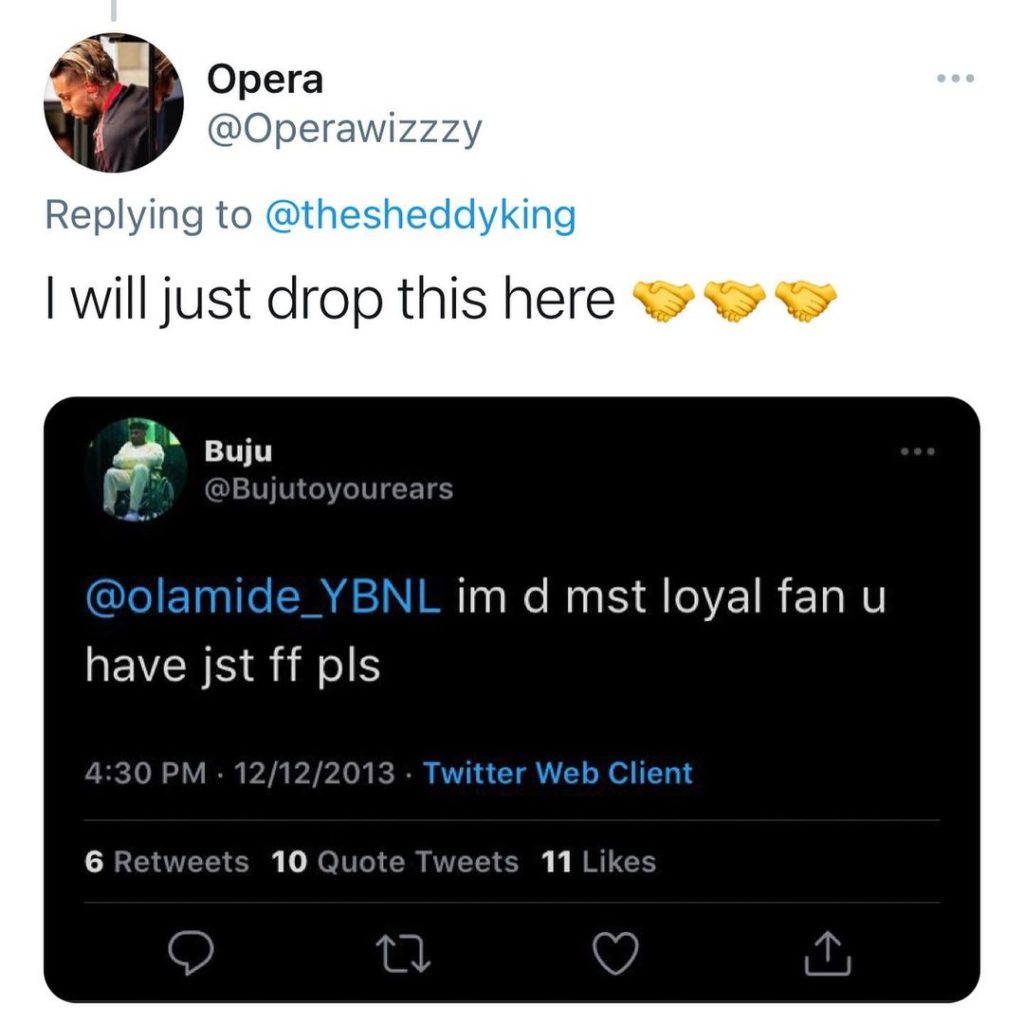 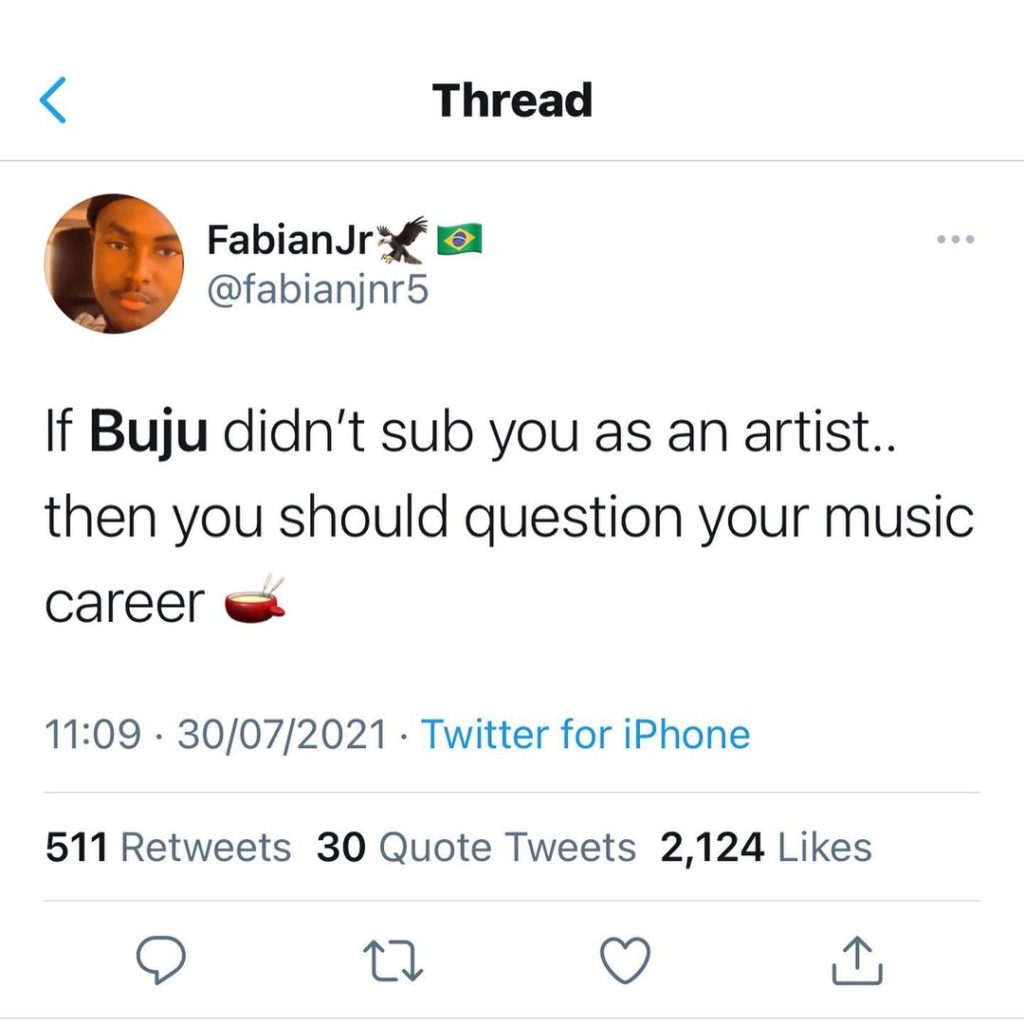