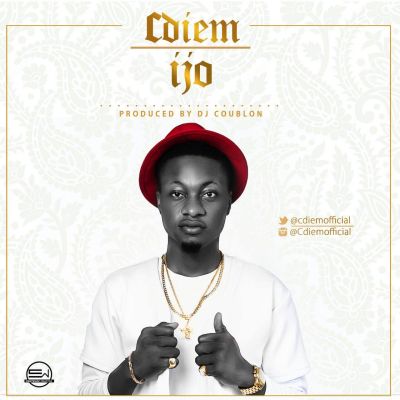 Though at the centre of vie in the entertainment industry, Chinonso Adieme who records under the mononym  “Cdiem” (pronounced ‘See DM’) is absolutely aware of the enthusiasm of his colleagues in their strife for supremacy and will certainly hold his own amongst the multitude in the Nigerian music world.

The 21 years old afro pop singer officially took to his talents in 2014, and has since proven to be a 100% entertainer as he has thrilled at numerous gigs.

Despite the buzz and anticipation on social media, Cdiem didn’t however disappoint us as he successfully drops his debut single “IJO”. As the name of the song implies, it is sure that music lovers will shake their body to the DJ Coublon produced song.