Don Jazzy,D’banj Break up – 10 Reasons Why Don Jazzy Might Lose The Most!!

Okay, first let me say I am firmly #TeamDonJazzy. Well, not really. I am #TeamMoHits. But if (perhaps, when?) D’banj and Don Jazzy do finally – officially – break up, I am unquestionably #TeamDonJazzy. So, understandably, now that he is being played as the underdog in the unfolding drama over a rumoured split, I find myself taking his side.

But that’s just emotions. When it comes down to the cold, hard numbers – who stands to lose the most if the two partners split? I say D’banj, and I have my reasons below.

Going by the release of today’s Oliver Twist, we are at least certain that D’banj is still in cahoots with the almighty, Kanye West. Do you really think he can lose with the mystique and power of Kanye behind him – will Kanye allow his latest African experiment fail? I doubt it seriously.

People always forget that the love that fans have for performers is strong even if the performers screw up – reference everyone from Michael Jackson to Whitney Houston. Check this out -9ice cheated on his wife, betrayed the friend that discovered him and abandoned his producer, but do his fans love him less? Hell no. The day after the disastrous Sahara Reporters interview, did D’banj have a sold out concert in New York no matter what anyone, including YNaija  said? Hell yeah! Morale? As long as he continues to give the public the ‘Koko’ it is fine – and D’banj has it.

Don Jazzy’s biggest power is his mystique. Over the past three months it has steadily gone. There is that weird interview with Genevieve magazine, there’s the even weirder interview with Hip Hop World Awards,where he appeared to diss rappers and then ran to his website to give a watery apology. Then there was his limpy Jonathan repudiation and his When-I-speak-they-read-it-in-Aso-Rock nonsense. Then there’s the fact that he is attending too many events; and worse off, that forgettable live performance with Tiwa Savage. Don Jazzy, backing up Tiwa?! Without D’banj by his side in any of these; the superstar power from which he feeds off, Don Jazzy has only been diminished.

4. Dbanj is also an astute businessman

The big mistake we’ve made is to stereotype D’banj. We’ve always assumed he is the entertainer and Don Jazzy is the entrepreneur, but is that truly the case? No. Insiders will tell you that just the same way Don Jazzy has multitasked as Producer-and-Businessman, D’banj has also multitasked as Performer-and-Businessman. It’s a mistake people also make with Chocolate City and EME where they think MI and Banky don’t know the business. Not true. Those guys get the business – and D’banj is no pushover. 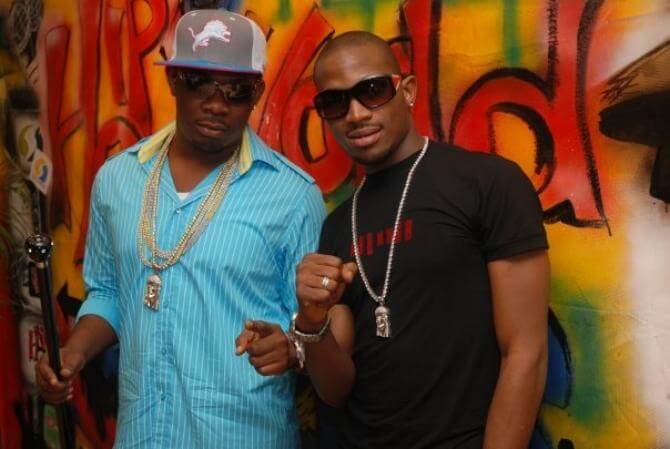 So yes, in the public eye, every time D’banj wanted to say something, he had to first have Don Jazzy whisper into his ears, so he just had to be Don Jazzy’s boy, right? Oh please. Do you really think Don Jazzy was telling him anything that they hadn’t already discussed and rehearsed at home? It’s show-business! It’s an act! D’banj wasn’t Don Jazzy’s boy – they were business partners. Just because he held the microphone to his crutch every times he gets doesn’t make him dumb.

I know I have mentioned this before – but still, why is Don Jazzy diluting his brand by performing? And why was he backing up Tiwa Savage ehn? No one began to admire him because of his performance; we admired him exactly because he did not perform. He doesn’t dress well, doesn’t speak well, had a croaky voice and frankly isn’t easy on the eye. He needs to go back to the background fast. Seriously.

So I always hear this funny story about how Don Jazzy is so humble. You know, because he used to give out credit on Twitter, he responds to people on Twitter and whatever else. And so, people say, this humility will serve him well as opposed to D’banj’s insufferable arrogance. Dear Lord, save us from the dangers of image-making. In fact, for those who have actually worked with the man – or tried to book him for an interview – you know this is just too funny. I’ll just move on before I say more.

But does he really? We always assume his beat is so unique that it has transformed the careers of Dr. Sid, D’Prince, Wande Coal and K-Switch. Let’s analyse this urban legend. First, D’Prince and K-Switch still have no careers – that is unless you consider hanging around Don Jazzy or D’banj a career. Wande Coal’s power is his voice not his producer. Dr. Sid has just about one or two hit songs. So, perhaps we over-estimate Don Jazzy’s prowess. Did this famous prowess transform Ikechukwu’s career? Not that I can remember. Did it make of the songs he produced for Naeto C, heavy hits? Not that I know of. Did it make Darey’s music any more hits than those produced by others? Not in the least. So what are we saying?

Seriously, how is he going to manage to interface with the public without D’banj?  Have you heard Don Jazzy speak? Have you sat down for 30 minutes with the man? At least D’banj can quickly start talking of Kokolets and Babylets and Mamalets and any lets that can let him avoid answering intelligent questions. But Don Baba J? There’s fire on the mountain oh.

10.   Do you really care for Mohits without D’banj?

Take your time and think about this. Would Mo’ Hits be a compelling label with Dr. Sid, Wande Coal, K-Switch and D’Prince alone (why am I even calling K-Switch’s name in this matter?)? You know the truth is no. The magic of that team has always been D’banj. No one wants to see any yeye ‘Mo’Hits All Stars’ without D’banj. When they perform, D’banj makes the difference. D’banj is the icing on the cake. D’banj is also the flour in the cake. In fact, D’banj is the cake.

So there you have it – and please do not tell me both will succeed. Who’re ya trying to fool? Every time there is a break up, someone wins and someone loses. 2face won and Faze lost, 2face won and Blackface lost, 2face won and Kennis lost, Olu Maintain won and what-his-name  lost, Tony Tetuila won, and then Eedris won, and Eddie is still losing, 9ice won and ID lost (we love Toni Payne, so we’ll leave her out of this). I can go on and on. Someone will get the short-end of the stick in this case. And my money, sadly, is on Don Jazzy.

But I’d be glad to be proven wrong. Oh so glad.

In the meantime, biko, Don Jazzy and D’banj; if you are breaking up, just break up already – which one is all this drama?