Fetty Wap Called Out By Mother Of His Late Daughter 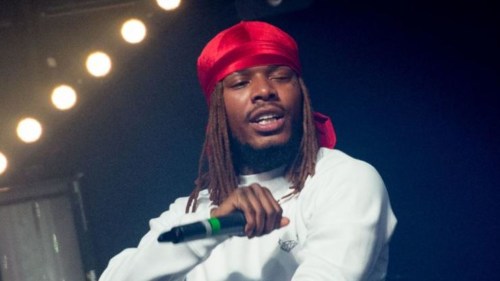 Turquoise Miami is not cool with Fetty Wap bringing up their late daughter in his recent interviews.

That Livestream chit-chat with Fat Joe has caused a lot of problems for Fetty Wap. Clips of the conversation have made the rounds on social media and initially, Fetty’s mention of why he stepped back from his music career was the first comment to ruffle feathers.

Months back, the tragic news of Fetty’s Wap’s 4-year-old daughter, Lauren that he shared with Turquoise Miami reportedly passing away from heart-related issues  – cardiac arrhythmia surfaced. Wap did speak out about the loss of his daughter at the time, and he brought up the young girl’s passing while speaking with Fat Joe.

I lost my daughter… I got that phone call at 12:36 p.m. I’ll never forget this day in my life. He detailed what he was doing when he learned of Lauren’s death and mentioned slipping into a “dark place.”

His baby mama, Miami did not appreciate his discussion, Fetty, bringing up the daughter so she went on IG to rant.

A post shared by The Neighborhood Talk, LLC (@theneighborhoodtalk)

Months after losing his 4-year-old daughter, Lauren Maxwell to heart defects a couple of months ago, Fetty Wap is out...