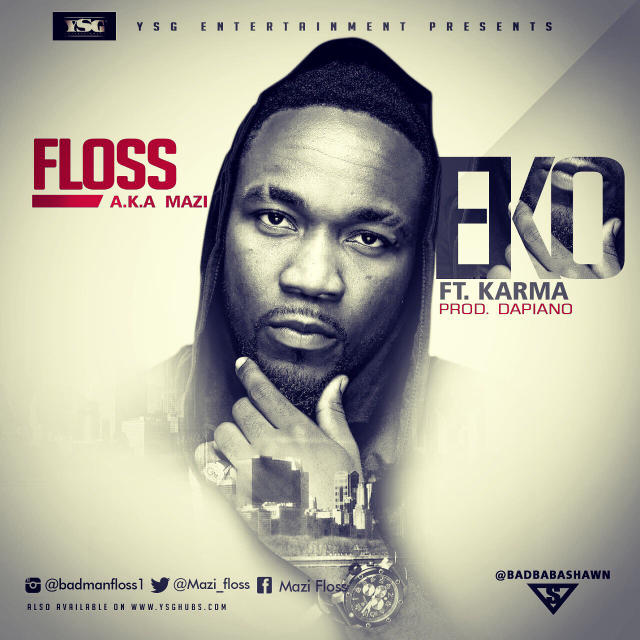 YSG Entertainment’s artiste Floss is at it again!!! this time around,dropping two massive singles together. The first is this massive hiphop tune titled EKO which he featured the Naija Ninjas rapper Karma aka half man,half rapper who in turn murdered this tune with sick bars as usual.The song EKO was produced by hitmaker Dapiano. Its basically about the artistes sojourn in Lagos state as an ibo boy. The song Eko is dedicated to his father who he lost on this day 10 years ago and his friend Kobain who died 5 years ago.
The second song titled PINO PINO is strictly for all the beautiful women out there says Floss. In this,he describes the how beautiful the woman is and how much a man will do to be with the woman he loves. Also produced by Dapiano this song will definitely get you on your feet dancing.
Download and share your thoughts.