Is Skuki’s ”Pass The Agbara” The Hottest Club Song Of The Year? 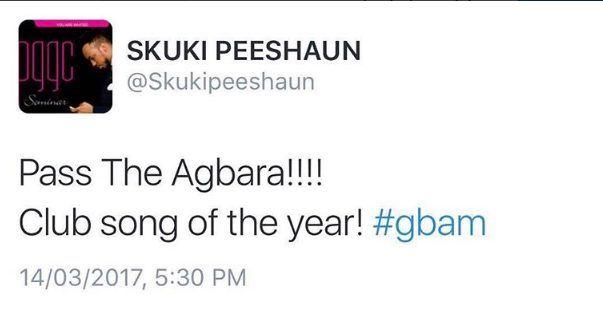 Singing duo, Skuki, have declared that their latest song, ”Pass The Agbara” as the hottest club song of the year.

The song, which upon release has gone on to receive mixed reaction from both critics and fans alike, was released in Jnauary 2017.

The declaration that the song is the ‘hottest Club song of the year’ was made by Peeshaun, one half of the Skuki clan yesterday.

So guys, what do you think, is Pass The Agbara, the hottest club song of the year?