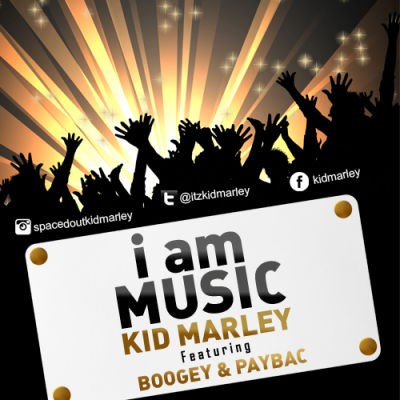 After a long hiatus, Kid Marley “The Son Of Marley” is back with a banging new hip-hop track. For those who have been yearning to hear him rap for a while and he brought the indie rap titans Boogey and Paybac who are arguably among the top 5 underground MCs in Nigeria right now on this single titled “I Am Music“ produced by legendary American producer, Osinachi who has production credits from Wale‘s TAAN to Grand Hustle‘s album, BOB‘s album amongst loads of other artistes.

I Am Music is self defining as these acts explain their musical perspective.
Listen and enjoy!