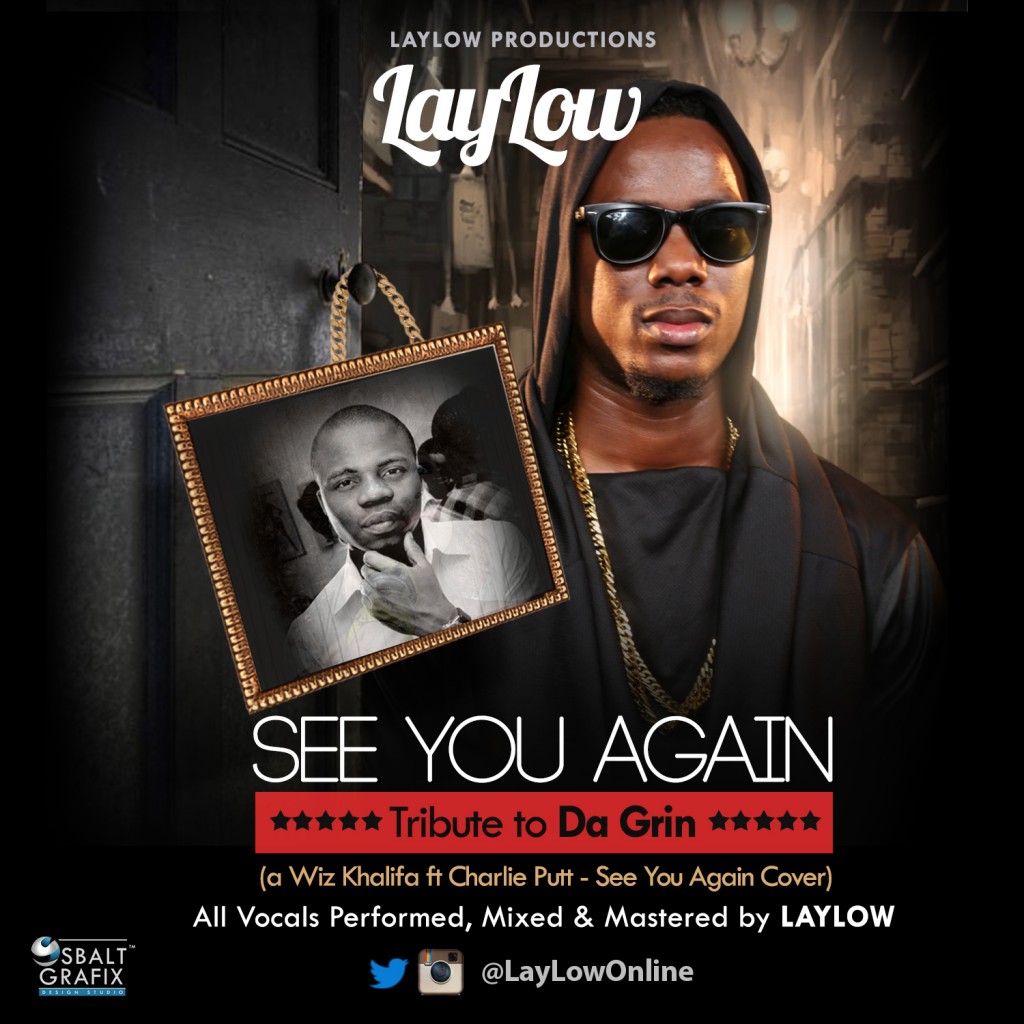 Its been five years since Dagrin passed on but his presence still lives on. Tributes has been pouring in to mark his 5th anniversary and Laylow who was a very close friend to Dagrin decided to do a tribute song to mark his anniversary. Dagrin was an inspiration to a lot of young rappers and he paved the way to the likes of Olamide, Pelepele, Base One and others. Just as Laylow dedicates this song titled “See You Again” we also pray for his family and for his soul.

The song is a cover to Wiz Khalifa “See You Again” ft.t Charlie Putt which was used as a sound track in the movie Fast And Furious 7. The song was mixed and mastered by Laylow. Download and share your thoughts .