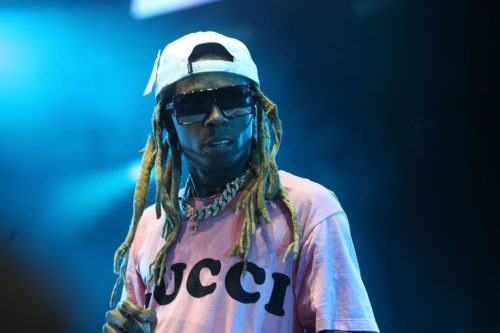 Rolling Loud hosted a “pre-Roll” party in Miami, celebrating the upcoming fifth anniversary of their festival. While the event will only be going down in May, anticipation is already high after the line-up was announced.

After a failed appearance last year, Lil Wayne will be performing during a Saturday headlining spot. At the pre-Roll party, Weezy made a statement by wearing all Gucci, including a blue and orange headband.

He smoked while he took some photos with party riders, wearing  an over-sized heart sunglasses in the club.

We hope 50 Cent doesn’t come for Wayne this time.