M.I Abaga – You Rappers Should Fix Up Your Lives [New Song] 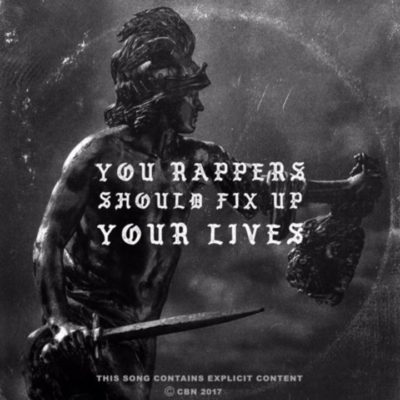 Jude Abaga (born 4 October 1981), better known by his stage name M.I Abaga, is a Nigerian hip hop recording artist and record producer. He has been the CEO of Chocolate City since June 2015.

He rose to prominence in 2006 when his song “Crowd Mentality” became popular in his hometown of Jos. His critically acclaimed debut studio album, Talk About It, was released on 11 December 2008. The LP was succeeded by M.I 2 (2010). Four years after that, he released his third studio album titled The Chairman.

Back in Jos Nigeria, he teamed up with his brother,Jesse Jagz, Ice Prince, Ruby, Threadstone, Lindsay, Moses (Elbulk),E kelly to form Loopy Music. M.I was later signed to the Chocolate City company, a renowned music label in Nigeria, which made him move from Jos city to the nation’s capital Abuja and also influenced the beginning of his successful career in the Nigerian music industry.

This is so so dope.

Without much ado, listen below and share your thoughts on if you agree with the rapper.

M.I Abaga – You Rappers Should Fix Up Your Life

You rappers should fix up your lives

fix up your lives