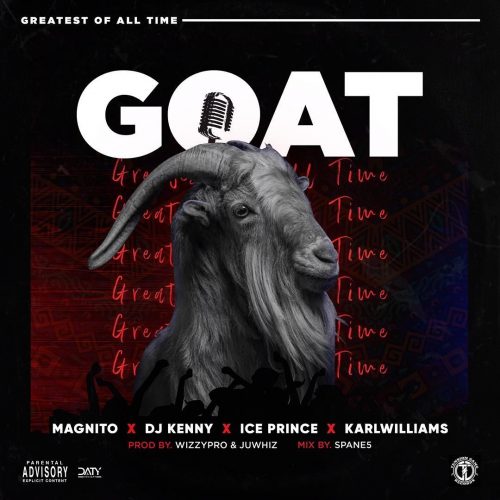 On the track, “GOAT” (Greatest Of All Time), Magnito proved his unique and astounding rap prowess on this record got additional flow of the VIP rapper, Ice Prince. Karl Williams on the other hand came in with the vibe to spice up the hip-pop track with some melody.

The singer has also worked with prominent acts in the music industry like Falz, Don Jazzy, Yung6ix, Larry Gaaga, Patoranking, Phyno, Duncan Mighty. He’s one of the few artistes that have proved that rap can still sell in Nigeria just like Mi Abaga, Ice Prince and others did. He proved that once again with GOAT and were rest assured that the Nigerian rap industry is safe in his hands.