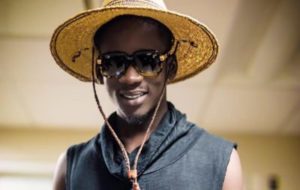 Mr Eazi took to his instagram Page to announce that his sophomore project Lagos to London is getting close to hitting 80 million streams on the internet. The album was released about two weeks ago after his Accra to Lagos Album. As at the time of this announcement, the album had exactly 79,071,802 streams.

The album has a couple of hit songs on it with “Surrender” ft Simi the most streamed song of  the album.

79+ Million STREAMS and counting. Thats how many times you guys have listened to tracks from the new mixtape ‘Lagos to London’ Thank you for coming on this journey with me #Zagadat