Can Tiwa’s “All Over” Earn Her Back The Number One Spot? My Thoughts.

by Jim Donnett
in News
0 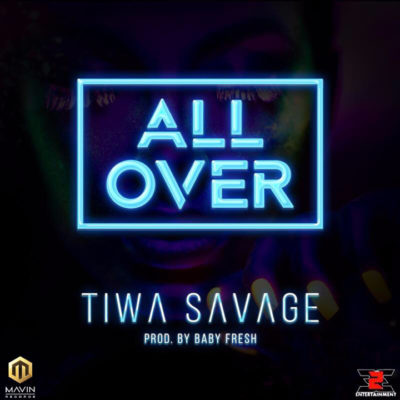 Na because of you wey I geti goosebumps… all over, all over

Asides my personal bias for eveything Tiwa Savage, even when she appears on stage without shoes and still fails to deliver a turnt performance, she really can do no wrong in my eyes. And her latest release is the summer get away jam we been long expecting to drop from the dorodiva.

‘All Over’ is not exactly a typically artsy Tiwa Savage track, but still, it checks all the boxes from lyrics to voice and sound. Unlike some other producers, Babyfresh is not an over-doer; and how he laced the beat in simple design sets, really allows for Tiwa’s mellow vocals to shine as much even without effort.

While Tekno, Runtown and more recently, Davido have comandeered the industry with their love-letter style of lyrics in music, Tiwa Savage stays emancipating for the women folk in the class of sounds we totally wished Simi and Aramide would stunt on more often. However, All Over is going to become of those songs we would really love, and it may have much to do with the fact that we’ve been starved off some savage for too long now.

Only Tiwa Savage can go a year plus without releasing a song and still make comeback. All Over is an afro-pop track that will get you grooving from the moment you hit play.

Sometimes Babyfresh is underrated; this beat was properly laced up and it couldn’t have been produced any other way.

Tiwa Savage is known for head bumping sounds right from her inception in the industry and All Over just goes to prove Dorotiwa still has it. Although aside the hype, the beat to this song sounds a little bit like My Darlin’ (if My Darlin’s tempo was slower).

All in all this is track that shows; The queen is back!

Do you agree with any of the thoughts shared above? Please drop your comments in the section below, we’d like to know what you think about Tiwa Savage’s summer jam.