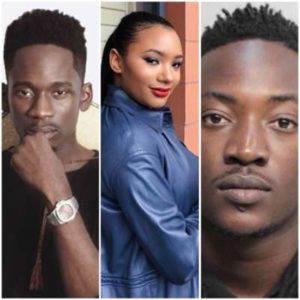 Mr Eazi and Dammy Krane are being dragged on Twitter following a tweet by Temi Otedola, daughter of billionaire, Femi Otedola. The young fashion entrepreneur took to Twitter to share the story of how her credit card was used for shopping without her knowledge. She stated that she woke up to find out that someone had been shopping online with her card.

Damn. Woke up to find out someone had been online shopping with my card whilst I slept. Card fraud is savage. Now I’m away from home till Thursday with a cancelled card

She started the tweet with Damn. Me tot she typed Dammy

Otedola with the money oo .. mr eazi with the love… dammy crane with the talent ooooo .. Ajino motor with the sauce… pic.twitter.com/oT1lcSe5H8

Did you and Mr Eazi visit Dammy Krane recently? ??

have you asked Eazi?