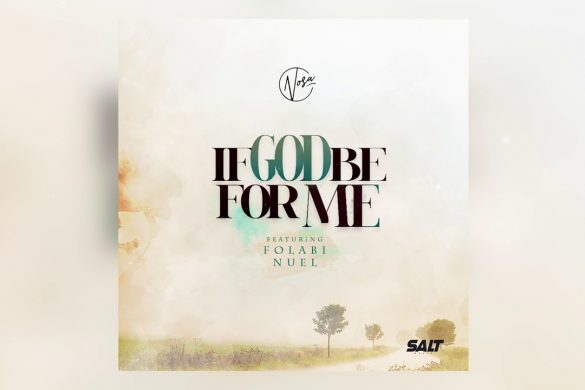 Salt Music’s Nosa maintains his hot streak of stellar releases, with a brand new single, “If God be For Me”, featuring Folabi Noel. The song which Nosa terms, “The Champions Anthem” is his follow-up to uplifting single, “Dry Bones” which he released in March.

Like “Dry Bones”, “If God be for Me” is intentional about its message. As the former focused on redemption despite life’s challenges, the latter acts as a sequel to that message, reminding its listener of the power of God’s unwavering support.

The song draws heavily from country music influences, with its guitar-heavy instrumentation. And in trademark Nosa fashion, it also features impactful drums and rhythmic percussion, as well as strong backing vocals which support Nosa’s mellow croon.