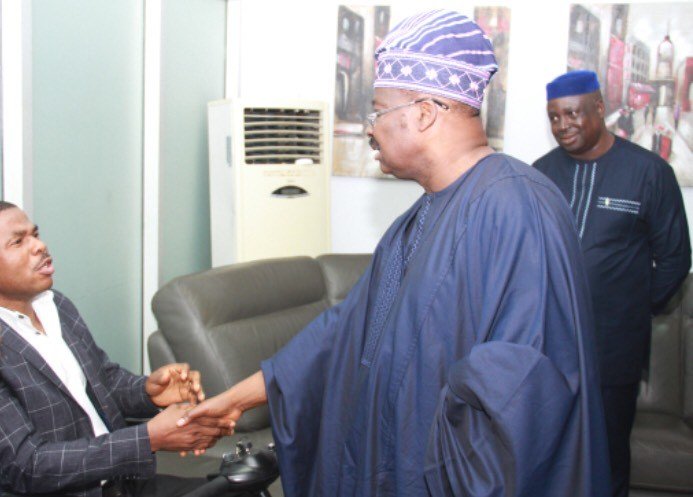 Following the demolition of his N800 million music house, popular gospel singer, Yinka Ayefele was invited for a closed door meeting with Oyo state governor, Abiola Ajimobi alongside the Alaafin of Oyo state.

In a new report, it was gathered that Governor Ajimobi described Yinka Ayefele as a good man and a responsible citizen, stressing that the next step was to find a compassionate means of resolving the issue.

The Oyo State Governor has also set up the committee, at a reconciliatory meeting with the popular musician in his office on Thursday in Ibadan. Governor Ajimobi however stated that the demolition exercise was neither a witch-hunt nor politically motivated, insisting it was due to contravention of the state’s property laws.

At the meeting which was facilitated by a top governorship aspirant in the All Progressives Congress (APC), Mr Joseph Tegbe, the Oyo State Governor urged Ayefele to ensure that his radio station embraced ethical reportage of the issue.

Governor also directed that a new building accommodating the additional parts of the building be approved for Ayefele immediately. It is expected that the ace gospel singer’s architect will liaise with officials in the department of physical planning to work out the modalities and the approval, while the fence of the building would be moved back a few metres.

Alaafin of Oyo, Oba Lamidi Adeyemi, who was at the Governor’s Office alongside some monarchs, also pleaded with the governor to resolve the impasse. Governor Ajimobi also expressed willingness to ensure financial compensation to Ayefele, with the terms of the recompense to be discussed at a later meeting between the governor and the proprietor of the station.

See photos from the meeting below. 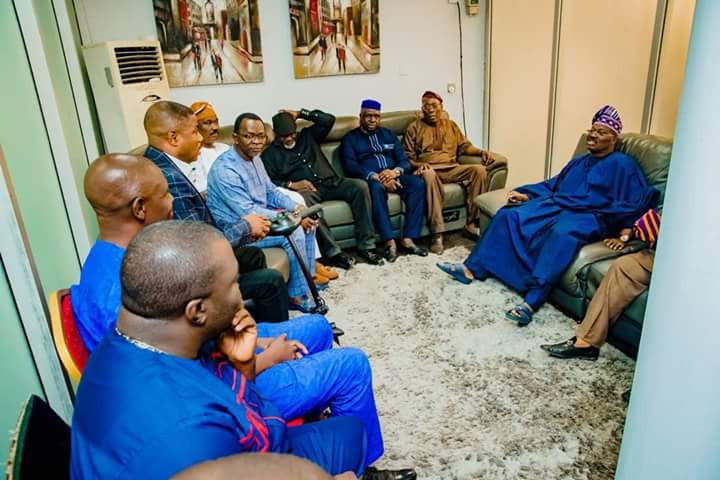 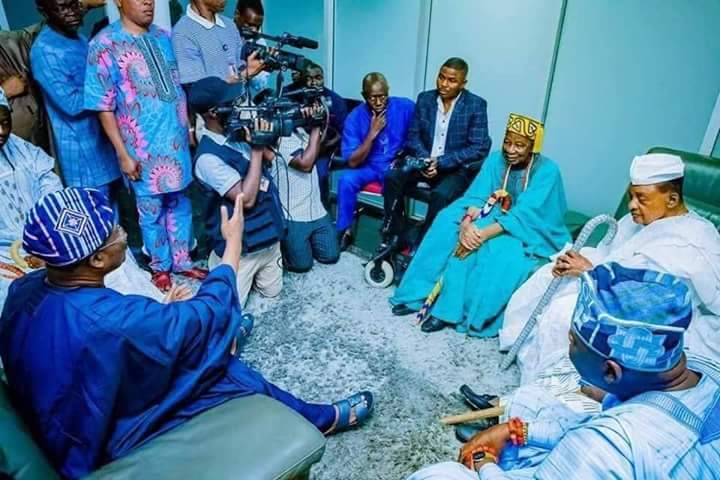